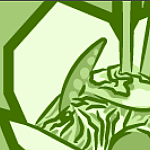 It would be great if there is c series CAN interface module which doesn't need an external power supply. This makes it easy to use and saves time to set up because we don't have to find or prepare an additional power source. 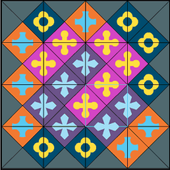 And how often you were limited by the default behaviour of simulated boards ... ( Sinewave for analogic inputs, Counter square signal for digital inputs ... )

It would be nice to integrate in DaqMx simulated boards, the abilty to modify the default behaviour of simulated inputs ... thru dedicated popups

It would be nice, for each task linked to a simulated daqMx board, to launch a popup window ...

A more powerfull tool could also integrate a simulated channels switching mechanism ... A simulated output could be linked to a simulated input

(such a kind of SIL architecture) NI Terminal block layout should be designed so that wiring can be done straight from terminal to wire trunking.

For example TBX-68 has 68 wire terminals aligned to inside of the terminal block. This causes that each wire should make tight curve to wire trunking. Another problem with TBX-68 is that wires are heavily overlapped because of the terminal alignment.

Also the cables from terminal block to DAQ device should be aligned to go directly to wire trunking (not straight up). 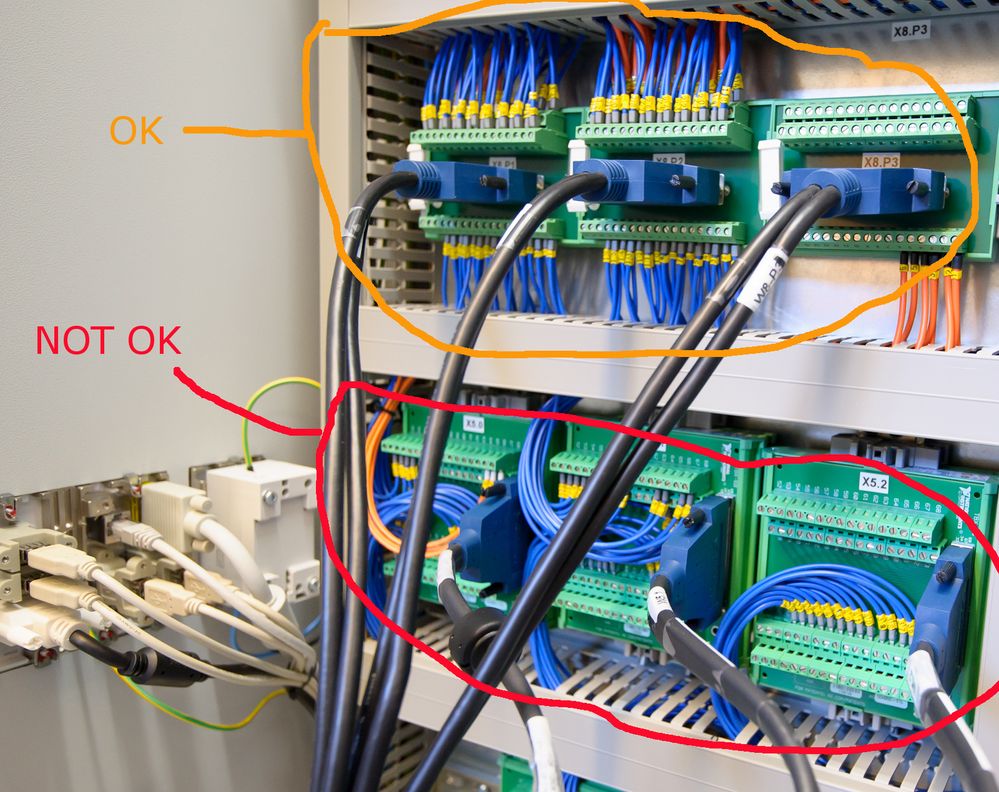 Add LabVIEW events based on hardware

Based on this question, I would like to add a new category of events to LabVIEW: Max-events.

This category could contain the following events:

I recently discovered that the SCXI-1600 is not supported in 64-bit Windows.  From what NI has told me, it is possible for the hardware to be supported, but NI has chosen not to create a device driver for it.

I'm a bit perplexed by this position, since I have become accustomed to my NI hardware just working.  It's not like NI to just abandon support for a piece of hardware like this -- especially one that is still for sale on their website.

Please vote if you have an SCXI-1600 and might want to use it in a 64-bit OS at some time in the future.

ExpressCard slots are getting rare on Laptops these days - this idea is requesting a replacement please on a more modern bus e.g. thunderbolt3 / USB-C...

Yes my development day to day computer is a laptop. In production will deploy to dedicated PC.

In order to synchronize multiple cDAQ-9189 with a computer running Windows and DAQmx, may it be possible to get a PCIe card which can act as GranMasterClock for TSN networks? 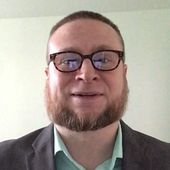 RSI support of the NI 9361 counter module would allow for use in scan-mode within 9144/5 EtherCAT chassis. I have several use cases for this that mostly would benefit from distributed acquisition and end-user-configurable I/O.

I find myself quite often needing to modify the DaqMX tasks of chassis that aren't currently plugged into my system.  I develope on a laptop, and then transfer the compiled programs to other machines.  When the other machines are running the code and thus using the hardware I have to export my tasks and chassis, delete the live but unplugged chassis from my machine, then import the tasks and chassis back in generating the simulated chassis.  When I'm finished with the task change and code update, to test it I have to export the tasks and chassis, plug in the chassis, and re-import to get a live chassis back.

Can it be made as simple as right clicking on a chassis and selecting 'simulated' from the menu to allow me to configure tasks without the hardware present? 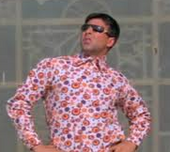 In this case we need to operate digital/counter output at desire voltage level.

It will be good if NI provide it.

Also, with reference to following link,

As someone who migrated entire product lines from PLCs to cFieldPoint platforms, and now is in the process of migrating further into cRIO platforms, I am finding some cRIO module selection limitations.  One big gap I see in the selection is with analog in/out modules.  A set of 2-in / 2-out analog modules would be very welcome, offering standardized +/- 10V or 0-20mA ranges.  There are a many times in our products that we need to process just a single analog signal, which now with cRIO requires 2 slots be used, with many unused inputs and outputs (which just feels like a waste of money and space). 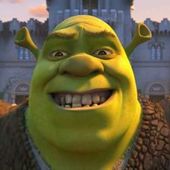 Dan_K on 04-08-2010 11:52 AM Comment
It would be great if NI offered a simple 4 Counter bus-powered USB device, like a USB-6601, but with the counter capabilities of the new X Series DAQ devices. This would give people who only need to perform counter operations a low-cost alternative to the bus-powered M Series, with double the counters.
Labels:
View All (4)
6 Kudos

Having the ability to connected a cDAQ chassis to a PoE or PoE+ switch.

Then the cDAQ does not have to be powered locally.

Ethernet is throughout our facility the ability to drop a cDAQ chassis with sensors and not worrying about power would be helpful.

Currently I am using external hardware to power cDAQ chassis off of PoE+ switch, it would be nice if it was integrated.

One of my nodes includes 4-slot chassis with two CAN cards, a temperature card and an accelerator card.

Currently there are only two options for acquiring +/-60V input signals: 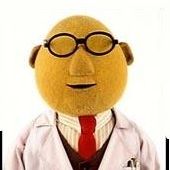 This idea has some overlap with one found here, but this one isn't restricted to usage via DAQmx Events and an Event Structure.  Forum discussions that prompted this suggestion can be seen here and here.

The proposal is to provide an addition to the API such that an app programmer can determine both initial state just before the first detected change and final state resulting from each detected change.  The present API provides only the latter.

My preferred approach in the linked discussions is to expose the initial state through a queryable property node.  The original poster preferred to have a distinct task type in which initial state would be the first returned sample.  A couple good workarounds were proposed in those threads by a contributor from NI, but I continue to think direct API support would be appropriate.

Allow "Incomplete Sample Detection" to be disabled for counters

The term "Incomplete Sample Detection" comes from DAQmx Help.  It affects buffered time measurement tasks on X-series boards, the 661x counter/timers, and many 91xx series cDAQ chassis.  It is meant to be a feature, but it can also be a real obstacle.

How the feature works ideally: Suppose you want to configure a counter task to measure buffered periods of a 1-channel encoder.  You use implicit timing because the signal being measured *is* the sample clock.  The 1st "sample clock" occurs on the 1st encoder edge after task start, but the time period it measures won't represent a complete encoder interval.  Reporting this 1st sample could be misleading as it measures the arbitrary time from the software call to start the task until the next encoder edge.

On newer hardware with the "Incomplete Sample Detection" feature, this meaningless 1st sample is discarded by DAQmx.  On older hardware, this 1st sample was returned to the app, and it was up to the app programmer to deal with it.

My efforts to sync my tasks are now thwarted because their data streams start out misaligned.  The problem and workaround I'm left with are at least as troublesome as the one that was "solved" by this feature.

Problem 2:  Suppose I had a system where my period measurement task also had an arm-start trigger, and I depended on a cumulative sum of periods to be my master time for the entire system.  In this case, the 1st sample is the time from the arm-start trigger to the 1st encoder edge, and it is *entirely* meaningful.  On newer hardware, DAQmx will discard it and I'll have *no way* to know my timing relative to this trigger.

Older boards (M-series, 660x counter/timers) could handle this situation just fine. On newer boards, I'm stuck with a much bigger problem than the one that the feature was meant to solve.

So can we please have a DAQmx property that allows us to turn this "feature" OFF?  I understand that it'd have to be ON by default so as not to break existing code.

Support for Absolute Encoders in NI Motion or SoftMotion

Absolute encoders have been around for some time, but NI's motion hardware still supports only incremental encoders.  I would like to see support for absolute encoders in NI Motion or NI Soft Motion.

Of course, there is always the option to use an R series card and then build an interface.  Why not have a low-cost PCI or USB card? Also, perhaps a C-series module, so that we don't have to take up FPGA space?

It is a frequent requirement to make measurements on production lines. Position on these is often tracked with Rotary Encoders https://en.wikipedia.org/wiki/Rotary_encoder . Many NI devices can accept the quadrature pulse train from such a device, and correctly produce a current position count. The information in the 2 phase pulse train allows the counter to correctly track foward and reverse motion.

What would be very useful would be a callback in NI-DaqMX that is called after every n pulses, ideally with a flag to indicate whether the counter is higher or lower than the previous value, i.e. the direction.

This has recently been discussed on the multifunction DAQ board here: http://forums.ni.com/t5/Multifunction-DAQ/quadrature-encoder-based-triggering/td-p/3125468 . So I am not alone in requesting something more programmer friendly than the workaround offered there.