Continued from the October 2018 bug thread

The posting rules are as always:

All buttons in the help generate script errors if the help is opened from within LabVIEW. (No CAR yet).


All buttons in the help generate script errors if the help is opened from within LabVIEW. (No CAR yet).

There are only two ways to tell somebody thanks: Kudos and Marked Solutions
Unofficial Forum Rules and Guidelines
"Not that we are sufficient in ourselves to claim anything as coming from us, but our sufficiency is from God" - 2 Corinthians 3:5
0 Kudos
Message 3 of 7
(3,936 Views)
Reply

Not so much a bug, but an error in the help text:

The Get Image invoke node (used to grab the image of a graph for example) is incorrectly stated as "Available in Real-time operating system" in LabVIEW 2018 (unlike in other versions), which is not the case (well, it might be available on some targets which support having a GUI, like cRIO-9030 for example, but on most systems the node will return an invalid reference error when running as an application on RT targets): 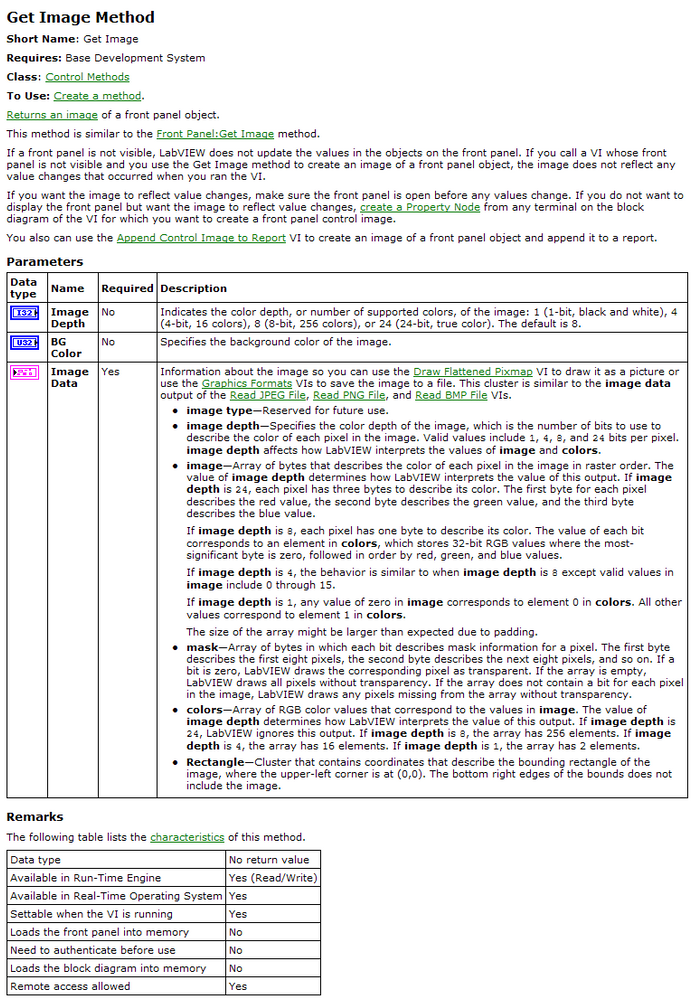 @Mads, please link to the thread where this bug (potential bug?) is being discussed.  This thread is just intended to aggregate other discussions taking place.  That being said, I too suspect that on Linux RT with the embedded UI enabled that this will function properly.

LabVIEW stores information from MyNI.com for the Default data to import into the Application Builder rather than the Data from a Volume Licence Server when a License is checked out from the Volume License Server.

I understand a CAR is forthcoming.  Not a BIG problem until you start deploying a HAL MAL with ppls.  Those builds should have the right (C) info 😉