Have a LabVIEW FPGA Idea?

Labels
Idea Statuses
Turn on suggestions
Auto-suggest helps you quickly narrow down your search results by suggesting possible matches as you type.
Showing results for
Search instead for
Did you mean:
Options
12 Kudos

In real time engineering usualy the clock rate is a parameter which is needed in calculations. Therefore it would be useful to be able to access that rate as integer (or float). It is clear, especially in fpga-programming that the clock (and its rate) is not a variable, that can be chosen by the application user. This idea is rather about code development in order to avoid bugs. In the current situation I am forced to define a seperate constant copying the clock rate; in the course of later code changes I risk to forget to change that constant, when changing the clock.

For the same reason it would be useful to be able to access a clock refernce of an fpga-vi (an with it its rate) form the calling vi. 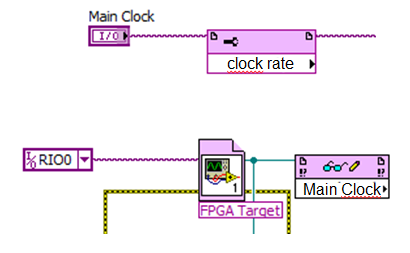