Repoint is a new switching concept that introduces fault tolerance through redundancy.  Three actuator bearers operate the switching mechanism, one, or even two can fail and the switch will continue to operate.  A novel locking mechanism ensures safety and security.

Railway track switches are the mechanisms that allow a rail vehicle to change routes. Although track switches are a very small proportion of the network, when they fail they are a large contributor to rail delays. Switch failures cost the UK’s rail infrastructure manager Network Rail £120 million a year and account for more than 63,300 hours of delays.

Repoint is a new switching concept that introduces redundancy through the use of multiple (three) actuator bearers (shown in Figure 1). The project, funded by the RSSB (https://www.rssb.co.uk), has enabled the design and build of a full-scale demonstrator for which a new controller has been developed using an NI CompactRIO 9035 andLabVIEW. The Repoint demonstrator has been installed at Great Central Railway, Quorn and Woodhouse Station (Figure 1). 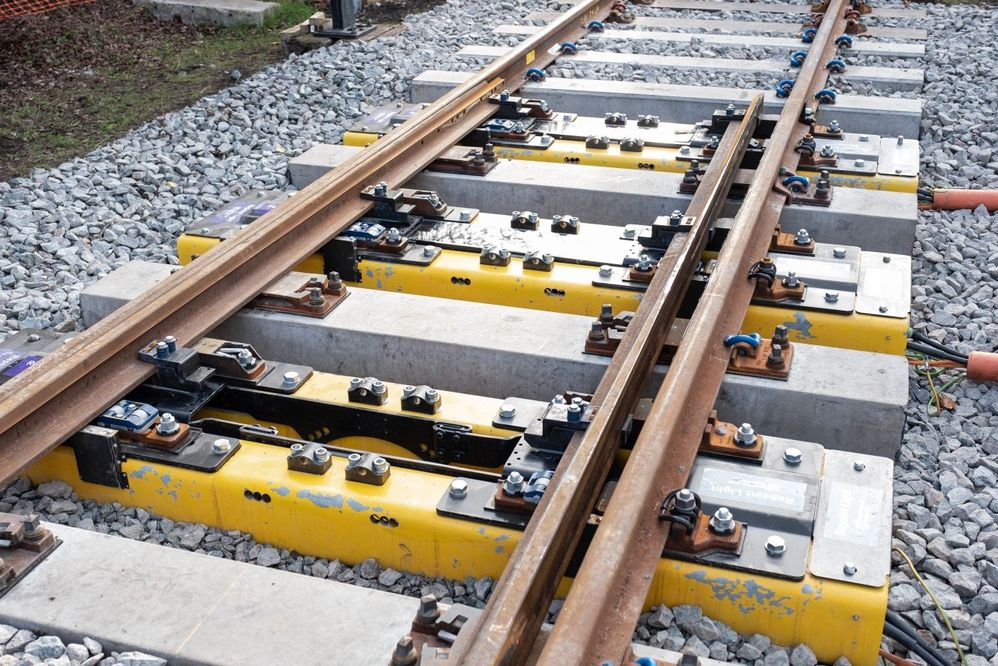 The principle challenge for the controller is to synchronise the movement of six motors in the three active bearers. The other challenges involve integrating the actuator controller with the signals from the railway network to work in three different modes of the switching operation. Lastly, the management of data from the actuators and sensors for potential condition monitoring is an essential requirement of the controller.

Selection of the Controller

The bearer level controller is designed as a cascaded controller with three control loops, as shown in Figure 2. The innermost loop is the current control, the middle loop is the velocity controller. These two loops are inbuilt in the motor controller. The outer loop is a position control loop which is developed using LabVIEW. The two motor-cam assemblies are fed with the desired position command and the feedback from the cam angle encoder is used in controlling the motion. The controllers for all three actuator bearers are developed using the same algorithm.

The top-level controller receives the desired switch position from the railway signal interlocking and sends the desired position command to the individual motor controllers.  Feedback regarding the switch rail position comes from a separate lock and detection concentrator, independent of the controller.  This combines the signals from the sensors within the three bearers into a single switch position output. Depending on the switch positon received, the input from the railway signal interlocking and the current working mode, the controller commands the appropriate action.

The functions of the controller are: 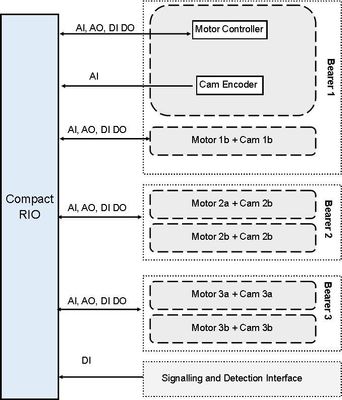 Figure 3: Complete Connections of the Compact RIOThe connections from the CompactRIO are with the three actuator bearers and the signal and detection interface (shown in Figure 3). Typical railway environmental conditions were considered during the design process and CompactRIO (cRIO-9035) was selected as it can be deployed in an environment with high shock and vibration.

The input/output modules (listed in Table 1) were selected based on the project requirements and their compatibility with the selected controller. The CompactRIO along with the motor controllers and other electronic equipment is installed within the lineside location case (Figure 4).

Figure 4: Location case with the CompactRIO

Figure 5 shows the user interface and a part of the LabVIEW code for the controller, developed to drive the three mechatronic actuators of the Repoint railway track switch. 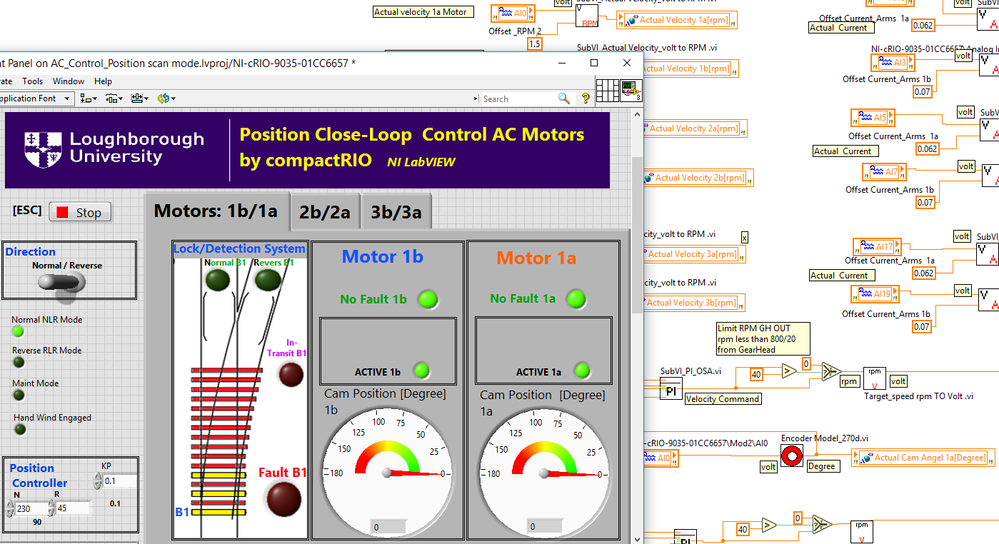 The newly developed novel Repoint track switch aims to enhance the reliability and maintainability of railway track switches. The NI CompactRIO has enabled us to assemble a controller that meets our needs for multiple inputs and outputs in a fairly harsh environment. The LabVIEW/CompactRIO combination has allowed us to develop a controller to successfully demonstrate the Repoint concept to the rail industry.

Repoint can be seen in operation here.

The system is already gaining traction with news coverage by Rail Technology Magazine and in the wider engineering press.