We have a certain apparatus set up for performance benchmarks, where printed  barcodes are stuck to blades of a rotating fan (variable speed).

The two computers subject to benchmark ran the same OS (WE7S), same SSD, but different processors (1- 1037u Dual adore Celeron at 1.8GHz, and 2- i7-4500u dual core at 1.8GHz and 2 threads per core) and different Gigabit Ethernet controllers: both not intel pro.

The application run is a simple grab, hardware triggered from a GIGE 1.3 MP camera, and followed by a vision assistant performing simple BCG and barcode reading, all placed in a single while loop with initialization and closing at both ends.

2- On gradually increasing the fan speed, the 1037u CPU load increased on core1; until max capacity was reached, then core 2 started kicking in and increased gradually in the same manner.

2- Where does this multi threading come from, given that a simple while loop is being used with a purely sequential process, no pipelining involved.

3- If this multi threading behavior is built in the OS; is there anyway we can alter this operation, or may be do a work around in programming.

Our goal is to be able to utilize the extra power inherent in the core i7 system.

I'm not sure if the multi-threading is slowing down the execution of the tasks but you could go into task manager and set the processor affinity to only use 1 core and see if that has any impact on the number of FPS involved. This is not something that is LabVIEW specific but instead can be done for any process in Task Manager.

system. System was PXI with quad core processor (7 years ago) and LV2010 RT.

I was able to have reliably processing of 700 frames / second.

Image transfer to PC over TCPIP and some additional signal processing.

About your testing setup it might not reflect real performance after pipeline.

1. When the image acquisition slow down the process, then usually Task manager will show that all cores are busy. To time correctly you need to copy the image to another loop and process in second loop.

3. I was doing all this work in Vision Development module. I don't think you can do a real testing of pipeline processing on Vision Assistant.

But I usually program directly in Vision Development module. So I am not sure about vision assistant capabilities

Good luck with your testing - Amit, 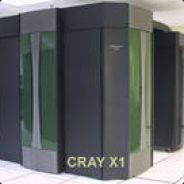 Modern processors will adjust their clock speeds dynamically based on temperature and CPU load.

What temperatures are the CPUs are running at during the benchmark?

It's possible that the 4500U isn't being cooled as well and is being thermally throttled.

Note that the celeron has a 17W TDP, while the 4500U has a 15W TDP. Also note that both processors have a base clock of 1.8GHz. While the 4500U can turbo up to 3GHz multithreaded loads could cause it downclock to 1.8GHz, in which case it would perform similarly to the celeron. At the very least I would expect both of these CPUs to perform similarly, it does seem odd that the benchmark is performing worse on the i7.

You can also use the  IMAQ Multi-Core Options VI on the palette to force the system to use a single core (disable the threading) or to just 2 cores and see how it affects performance.