I have previously developed a PXIe-based system that uses FlexRIO. It all worked well. The FlexRIO devices show up in NI MAX as follows (Notice that the FlexRIO modules have yellow FPGA icons, and their adapter modules are shown): 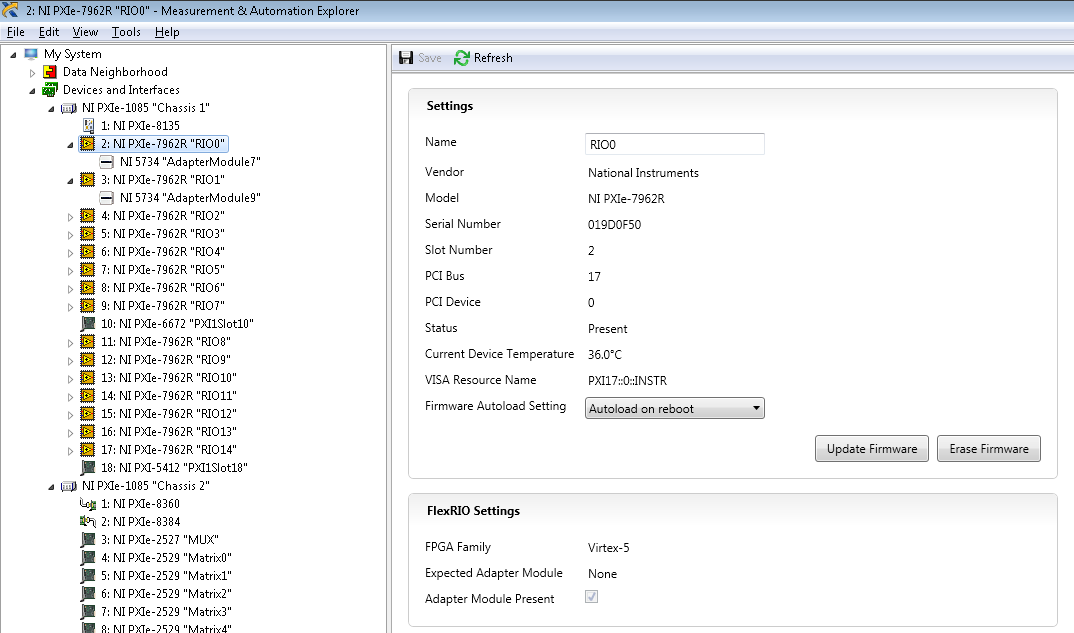 I am now attempting to build an exact duplicate of this system. I've assembled an identical set of hardware, and (as far as I can tell) I've installed all the same components as the original system (using the NI Developer Suite 2015 DS1). However, something's not quite right. Here's what NI MAX shows me in the new system (Notice that the FlexRIO devices now have generic gray icons instead of yellow FPGA icons, and the adapter modules aren't visible). 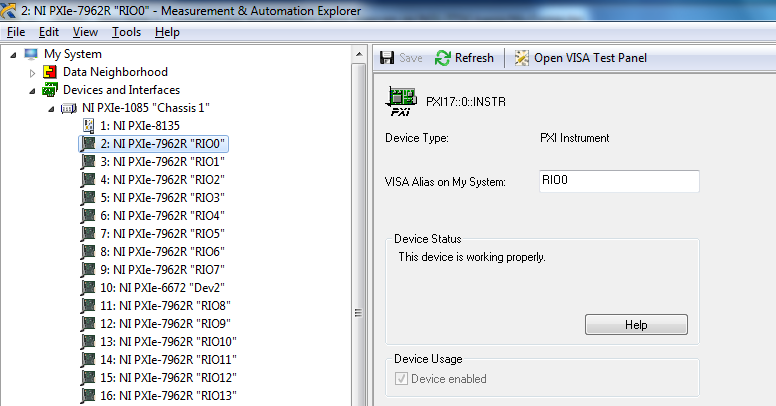 Furthermore, the LabVIEW code that I developed for the original system produces a runtime error on the new system "NI-RIO:  (Hex 0xFFFF0928) Either the supplied resource name is invalid as a RIO resource name, or the device was not found. Use MAX to find the proper resource name for the intended device." LabVIEW is unable to find any RIO devices: 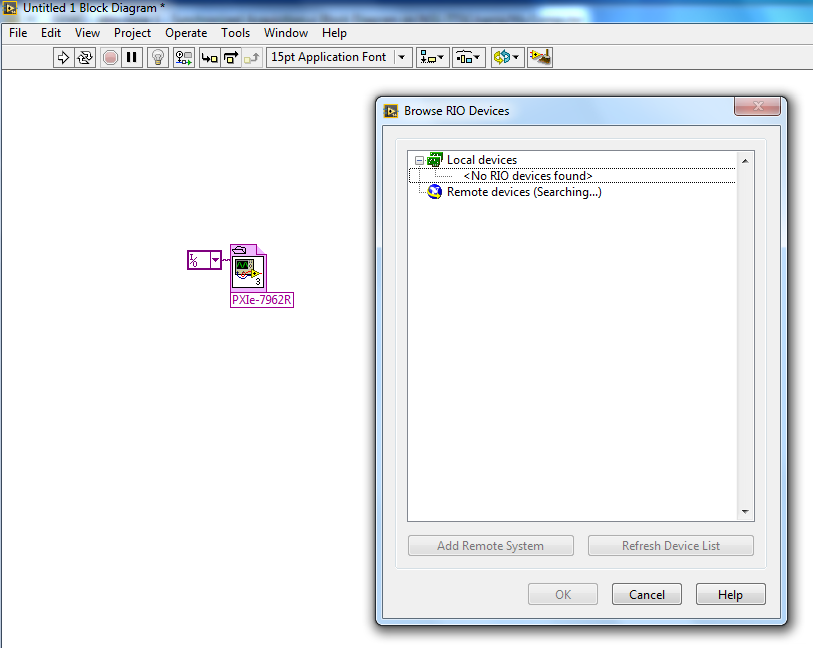 Here is the list of software installed on the new system:

Do you have the same BIOS version on each controller/chassis? I've seen older versions of the BIOS lead to issues identifying RIO targets.

It turned out that, even though I had installed the drivers, Windows had not "registered" (?) the drivers properly for some reason. There were many items under "Device Manager" -> "NI-RIO Devices":