When I right-click a VI in Windows explorer I get the menu for SVN. See the image below 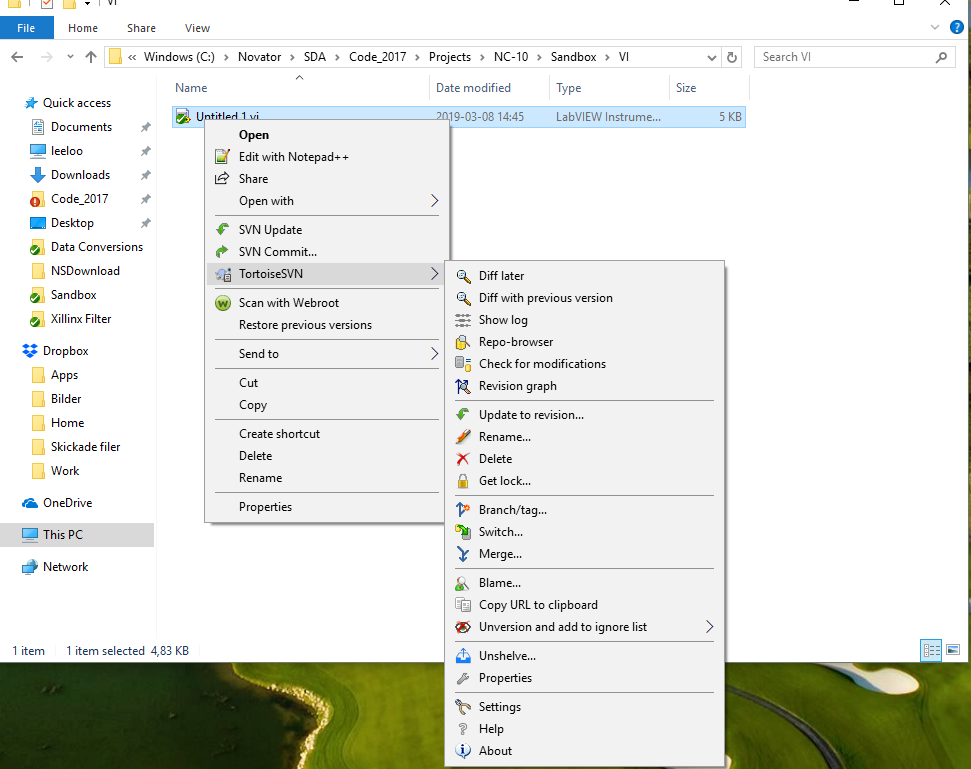 Pressing OK will bring the Save the VI (name.vi) As prompt to show up. This dialog will not show the SVN options which it does on all my other computers. 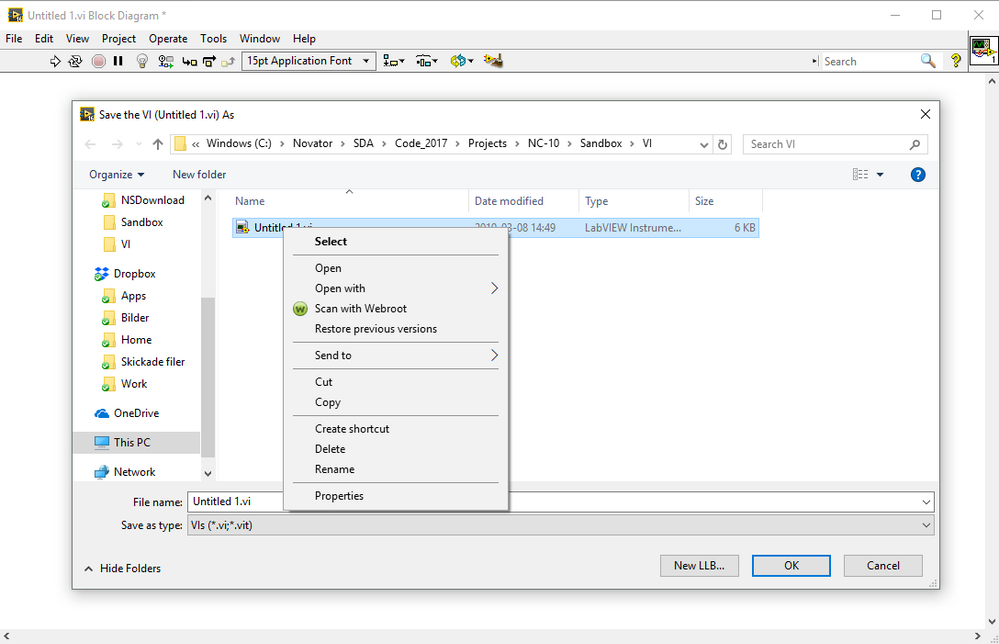 Any idea as to why I don't see that and what I can change?

I've tried different version of SVN, I've not tried to reinstall LV but I've tried to repair it with no luck.

It looks like you are trying to save "Sandbox\untitled.VI".  I'm assuming the Repository is named "Sandbox", not "untitled.vi".  Does it work if you right-click on Sandbox and say "Cf ommit"?

I also see you have files in Dropbox that seem to be linked to an SVN Repository.  This seems "problematic" to me, as I don't know if it would be possible to "synthesize" the path from the Dropbox URL to the Subversion Server URL.

Do you have anyone "local" who has successfully set up and used Tortoise SVN?  I'd say something is wrong with either your setup or the way you are using it ...

I suspect that it a SVN configuration problem. nothing to do with LabVIEW.

You are right Bob, I'm trying to save a VI called untitled.vi to a folder called sandbox. It doesn't work to commit folders either, the drop-down menu that should appear does not when I get the explorer window from LabVIEW.

These files are not in dropbox as you can see they are directly under C in our repo folder. I do have dropbox installed on this computer but I know files in dropbox can have issues with for example FPGA programming and compiling so this is avoided.

I'm sure something is wrong I have had it working on this computer half a year ago and at some point installing and updating new versions of LV and drivers this has started. I'm not sure when exactly it started as I'm mostly using the viewpoint toolkit to get lock for my files. I also have other computers at the office where it works and my colleagues here has it working.

Any idea where to start? maybe regedit key somewhere is wrong? (I know the icon overlay in windows is controlled from regedit for example)

We have several Sandbox folders throughout our projects, the sandbox you are referring to is not the same one I'm having this VI in.

Also the icons doesn't always show up for example if the folder is newly commited. But I can assure you that the folder is fully commit, however I'm also confident some setting is wrong. I need help to get to the bottom which one it could be.

I've found the source to this issue 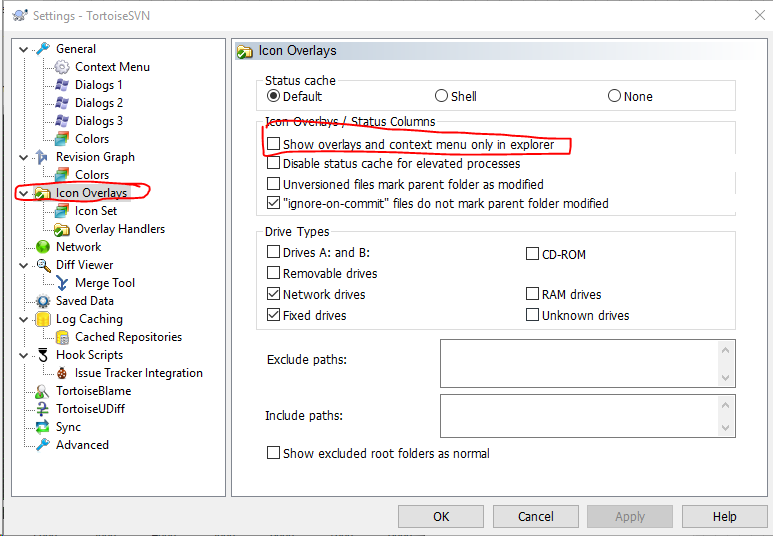 This setting made the context menu disappear in save menus. When unchecked I got the behavior I wanted.

In my situation, I needed to change Status Cache (on the screen in JonasM's Reply) to "Shell".  I still have "Show overlays and context menu only in explorer" unchecked.  I'm not sure when this appeared, but I'm currently running TSVN 1.11.1, and this only started happening a few months ago.