Adding licensing to a LabVIEW Real-Time application can protect a deployed application from being copied and run on another similar or identical set of hardware without obtaining a license from the vendor or distributor of the application. Most modern day applications running on desktop computers are protected by a license key which is necessary to either install the application or run it in its normal operational mode. Many vendors use license keys to determine if an application runs in demo mode or is fully functional. License keys may also be used to differentiate between different versions of an application or to enable/disable specific features. This behavior can be added to a LabVIEW Real-Time application using the reference design and attached example code described in this tutorial. There are many different options for adding licensing to a LabVIEW application and this article describes only one possible method for this purpose. This article only addresses the technical aspect of creating license keys and using them to protect a deployed application. It does not address the legal aspects of defining and enforcing a licensing policy for your application.

rt_app_license_102.zip contains the reference examples for this tutorial, which can be installed by unzipping the file into an empty folder on your hard drive.

rt_app_license_102_install.zip contains a Windows installer which will install the reference examples and the CRI component in the LabVIEW directory on your hard drive. Unzip the ZIP file in an empty folder and run setup.exe. If you run this installer you do not need to download and unzip rt_app_license_102.zip.

The reference examples included with this article as well as the discussion in the article focus on adding licensing to a CompactRIO-based LabVIEW Real-time application. This reference design can be applied to other LabVIEW Real-Time targets as well as other LabVIEW targets with some modifications. The main modification will be in the manner of creating a unique system ID for a specific hardware target. In the case of CompactRIO we use the controller, backplane, as well as module serial numbers. For other targets you may use the serial number or Ethernet MAC address of a given target to create a unique system ID.

The unique characteristics of the hardware target (e.g. serial number) is called the system ID for the purpose of this article.

Adding licensing (creating and using a license key) to a LabVIEW Real-Time application consists of the following steps:

Create a unique system ID for each deployed hardware target

In order to create a license key for a specific hardware target we first must create a unique system ID. The system ID is a number or string which uniquely identifies a specific hardware target based on the physical hardware itself. The licensed application is locked to the hardware target using the license key which is linked to the system ID. The system ID can be a number such as the serial number of the target, or a value which is a combination of each of the system component's serial numbers. Another source for a system ID can be the MAC (Media Access Control) address stored in every Ethernet interface chipset. The reference example uses the CompactRIO Information (CRI) SW component, which can be download from Developer Zone, to retrieve these different pieces of information from a CompactRIO system.

Using functions from the CompactRIO Information (CRI) component we can retrieve relevant information about the controller and other hardware of a CompactRIO system.

Following is one possible example of generating a system ID for a four-slot CompactRIO system using these VIs. In this example the serial numbers for all six system components are added together. While this is not a truly unique value for a given CompactRIO system, it is unlikely that after replacing one or more system components, the sum of all the serial numbers will be the same as when the license key was generated. 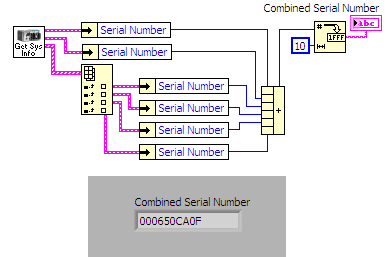 There are many other possible ways to generate a system ID using these and other system characteristics.

Create a license key based on the system ID

There is a wide range of possible encryption algorithms that can be used for this purpose.

The encryption used in the reference example is a version of the Hill Cipher which uses a simple matrix multiplication and a license key matrix. The matrix multiplication converts the input string into a different output string which can not be easily decrypted without knowing key matrix. The Hill Cipher is not considered to be a very strong encryption algorithm and is only one possible option to be used in generating a license key. You can easily replace the encryption subVI in the reference example with your own encryption tool. More information on the Hill Cipher can be found in various online references.

Figure 5: Encryption of the system ID into the license key

The encryption VI provides two versions of the license key. The default algorithm returns a stream of bytes which can have any value between 0 and 255. Therefore these bytes may not represent printable characters and may not be easily stored in a text file or passed along using other mechanism such as e-mail. In order to simplify the process of storing and transferring the license key the VI provides a hexadecimal version of the encrypted string made up of the ASCII representation of the hexadecimal value of each of the byte values in the original string. This string will be stored in a file as the license key.

Store the license key on the hardware target

The reference example stores the license key in a simple INI file on the CompactRIO controller hard drive. 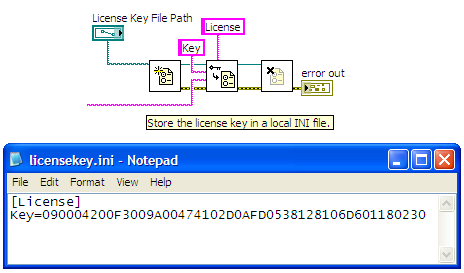 Figure 6: Storing the license key in an INI file on the CompactRIO controller

When the deployed application is starting up it will need to verify the license key and based on the result of the verification process adjust its behavior according to the license model. If the license key is verified correctly the application will run in its normal, but if the key is not verified it may not run at all or run in an evaluation mode.

The reference example provide a basic verification VI that is added before the actual application.

Figure 7: Adding the license key verification to an application

Figure 8: Block diagram to verify the license key stored in the file on the system 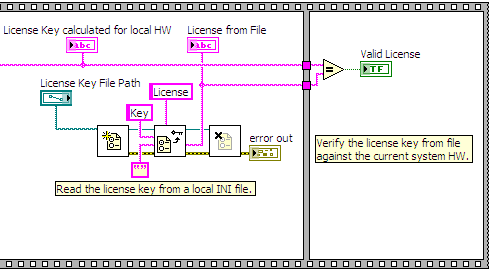 In some cases it is desirable to generate a license key separate from the target system which will be running the embedded application. This may be the case in an automated deployment system where an embedded application is deployed to many target systems in an automatic fashion. In this cases the deployment system will generate the license file as part of the deployment process without a user manually running a VI on the target to generate the license key and license file.

Another use case requiring a remotely generated license key may be a customer replacing part of her target system, such as the CompactRIO backplane, and now needing to receive a new license key to continue running the application.

The reference design includes several examples for this purpose.

The Get Remote System ID example can be used in the first scenario described above where the application or user has networked access to the target CompactRIO system. In this case a VI from the CompactRIO Information component is used to retrieve the system ID from the networked target system. The example stores the system ID in a file similar to the license key. The system ID could also be used directly to generate the license key and file. The license file would be written back to the target system using an FTP client.

For the second scenario the Get System ID example can be used to retrieve the system ID and store it in a file. This file can be e-mailed by the customer to the application vendor who can generate the license key file and send it back to the customer. Generating a license key from a system ID file is shown in the Create License Key from SystemID example.

Enabling Features Based on the License Key

More advanced licensing models may place more requirements on the licensing process. One such example is provided in the reference design for adding and enabling application features using the license key. This example uses the controller serial number as a basic system ID and then adds Boolean values (True/False) for eight features than can be enabled or disabled. The eight Booleans are converted into an integer and then represented by a hexadecimal string. The new system ID consists of the serial number and these eight Boolean values. Generating the license key from this system ID will encode the feature selections in the license key. 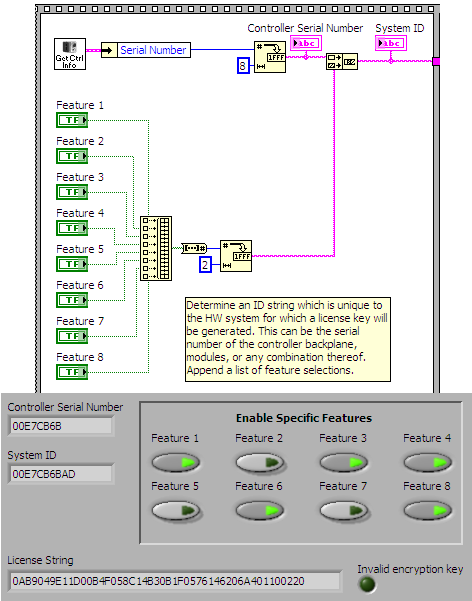 The license key is generated, stored, and distributed in the same manner as before.

In this type of license model it is necessary to decrypt the actual license key stored on the target system. The Hill Cipher Encryption VI provided with the reference design includes the code to decrypt a license key using the original key matrix. Running this algorithm returns the original system ID provided during the license key generation process. 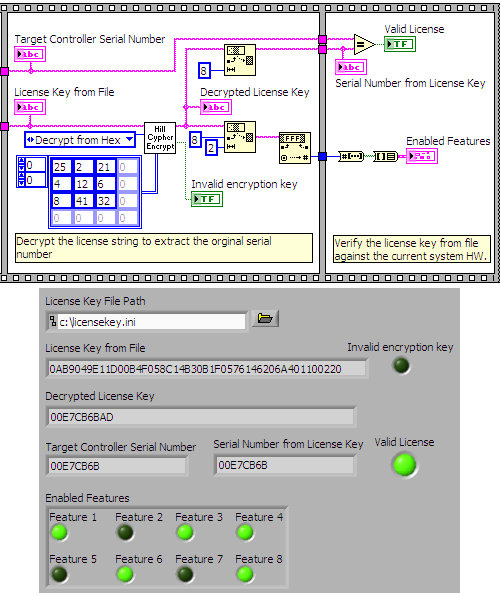 Figure 12: Decrypting the license key and returning the serial number and feature selections

Using the concepts and code components shown in the examples and reference design you can add licensing to your LabVIEW Real-Time application in many different ways and can customize the licensing model and licensing process.