The NI TestStand Featured Examples document highlights a number of useful TestStand examples available on the web.  These examples serve as a supplement to the examples that are included with TestStand.

The following examples are featured on this page:

These examples shows how the User Interfaces included with TestStand can be modified to display test sequences and executions in separate windows, allowing the user to view all socket executions simultaneously. 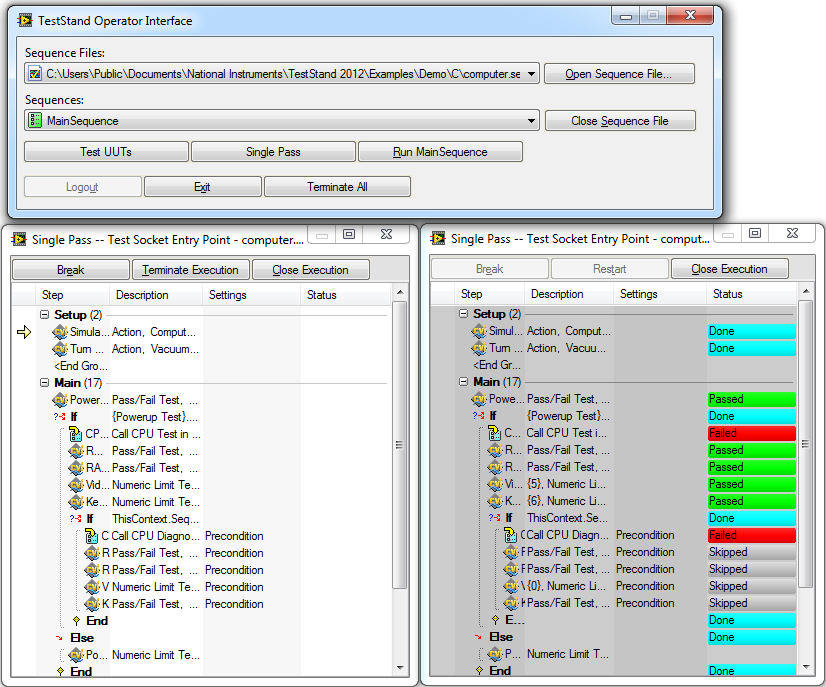 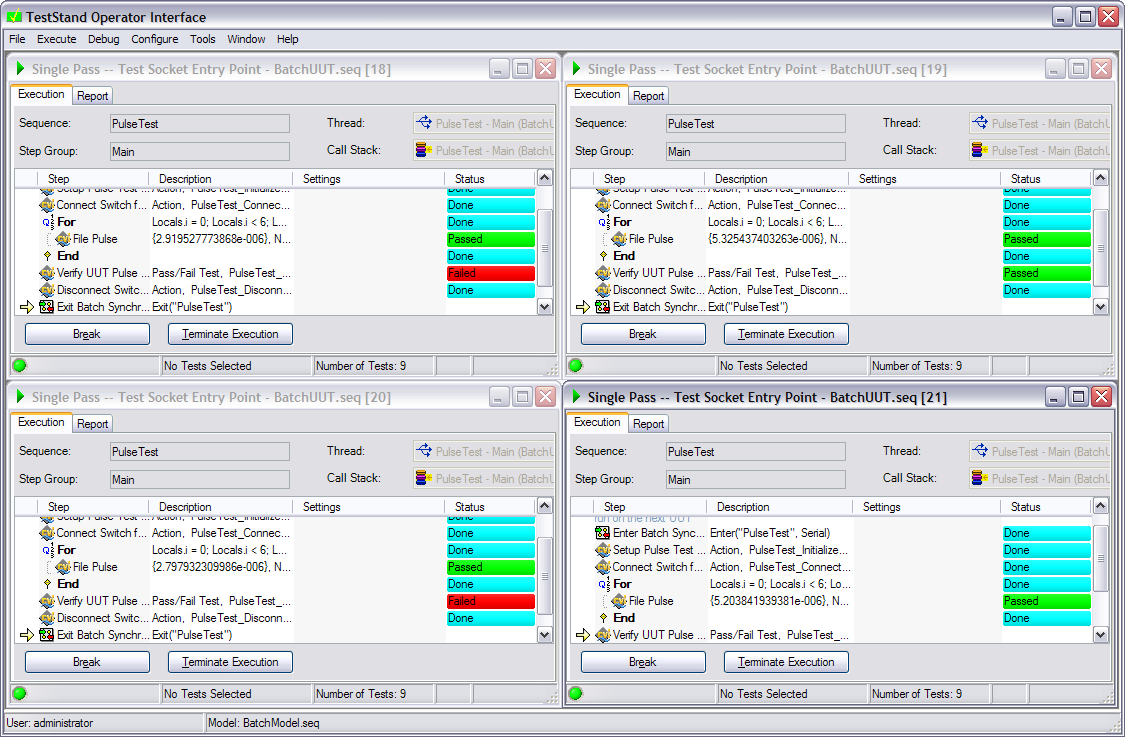 These examples demonstrate how to add an embedded panel to the User interface which can be dynamically populated with code module User Interfaces, or other relevant information about the test.

This implementation contains code to automatically detect if any LabVIEW code modules are called which display a front panel.  When such a module is found, the panel is embedded into the user interface directly within a LabVIEW sub-panel, rather than displaying in a new window. 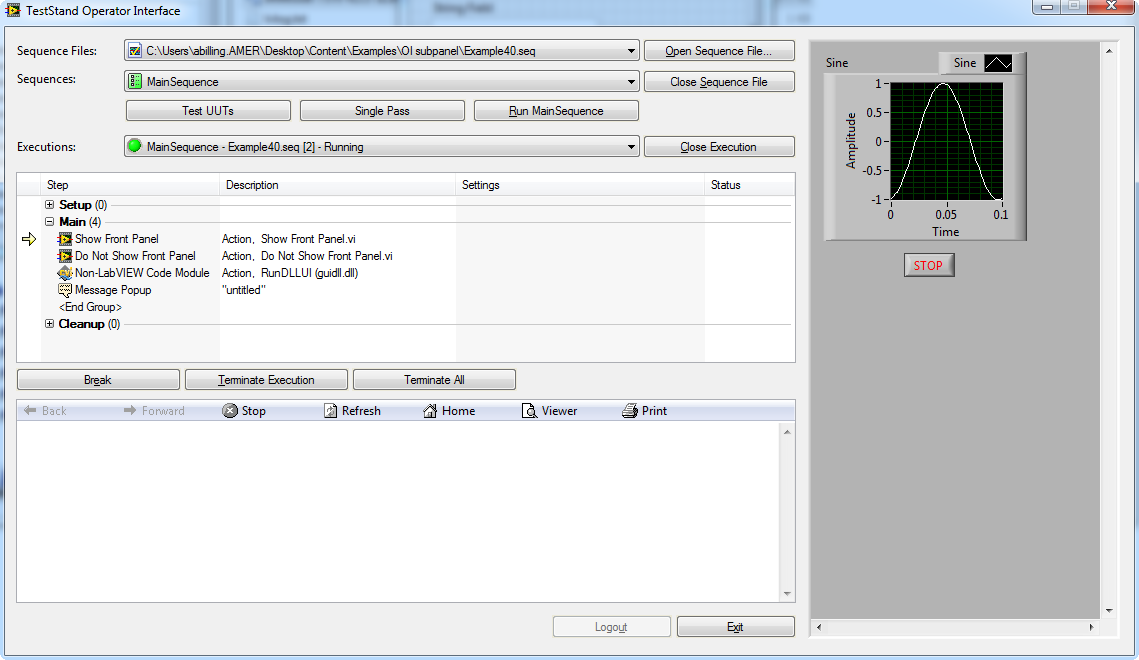 This implementation uses a set of custom step types, which communicate with the user interface and allow you to easily execute DLL modules within the embedded panel.  By using a dynamic panel, test developers can add custom code to the user interface without modifying the User Interface code directly. 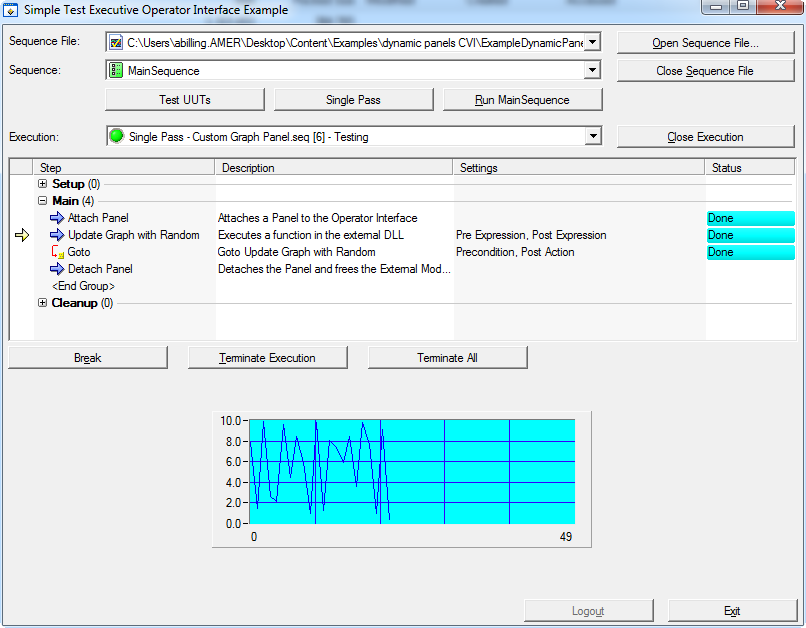 Sending information to the TestStand User Interface is fairly straightforward through the use of UI messages, but communicating User Interface information, such as user interaction, to an executing sequence file is not as simple.  This example implements the recommended approach: initiating the communication from the executing sequence using a custom UI message, then sending the user interface updates to the sequence in the UI message callback code.  This method ensures that the execution is suspended while the data is transferred, preventing potential race conditions.

These Examples show how custom step types can be used to expand the functionality of your sequences, and provide code to ease the process of developing your own custom steps.  For more information on customizing and creating TestStand Step Types, refer to the Best Practices for Custom Step Type Development document (part of the NI TestStand Advanced Architecture Series).

This example provides a set of custom step types that you may insert into TestStand sequences to perform basic TCP client operations, such as Connect, Read, Write, and Disconnect, without having to call any additional code modules.The TCP steps use the TestStand CVI Adapter to communicate with a DLL created with LabWindows/CVI. 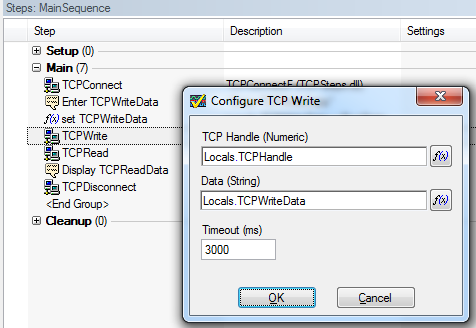 Note: In TestStand 2012, this functionality is available in the basic test time report example, which is included with TestStand.