The LabVIEW FPGA Advanced Session Resources are provided to enable the creation of flexible middleware that interact with NI FPGA targets. For traditional drivers like DAQmx or instruments, one developer can create a library of VIs and provide them to other developers to use as seen in Figure 1. Using the provided new LabVIEW FPGA interface capabilities, a developer can now create this same sort of instrument driver experience by creating a middleware driver on top of the LabVIEW FPGA interface as seen in Figure 2. This middleware driver can be developed flexible enough to still allow the user of this driver to customize the FPGA or change the FPGA target. The middleware can detect the contents of the FPGA, and interface with it according to what it contains. For example, the middleware's standard driver functions could allow configuration and run time interaction with six detected items of PWM IP on any NI FPGA, or four detected items of PWM IP on any NI FPGA while exposing a consistent API to the user. Note that when the top level session is closed, all child sessions are also closed.

This example opens the FPGA VI reference to inspect the session's available resources with the Get Resources node. However, in some cases you might want to inspect the bitfile prior to opening a reference because opening a reference requires RIO hardware be present. To inspect a bitfile without hardware, do not use the new Get Resources node, but rather use the already shipping VI: <\vi.lib>\rvi\Bitfile\Public\nirviGetControlsFromBitfile.vi.for controls and indicators and <LabVIEW>\resource\RVI\compilationResultUtilities\niLvFpgaGetDmaChannelInfoFromXML.vi for FIFOs. A snippit of using both of these is shown in Figure 5.

Please note the data type refnum for a control or indicator must have the resource name set to Value and must be only one item. After importing from a bitfile or VI, delete out everything but one item and change the name to Value. See Figure 6. For FIFO resources, the name must be FIFO. See Figure 7. All operating systems that LabVIEW FPGA and NI-RIO supports.

The attached Code is provided As Is. It has not been tested or validated as a product, for use in a deployed application or system, or for use in hazardous environments. You assume all risks for use of the Code and use of the Code is subject to the Sample Code License Terms which can be found at: http://ni.com/samplecodelicense

Check Out the Software Engineering Processes, Architecture, and Design track at NIWeek. 2018 I guarantee you will learn things you can use daily! I will be presenting!

Have you got any progress on the topic?

I am also looking for this technique in more massive IO sessions (but tens rather than hundreds). Do you (or anyone else here) know whether the limitation applies to number of "sub sessions" to one FPGA target, or total amount of those in running system?

You'll only see the -63186 warning if you use more than 128 sessions, and you'll see the warning any time you get the performance degradation. Either way, the change in performance is likely trivial for your application.

I want to know if we have LabVIEW FPGA Advanced Session Resources18.0.

Why is this still considered NI Labs?  For so many years it is being updated and apparently people use.  I am not comfortable using NI Labs code or proposing it to my end users.  Could it be rolled into LabVIEW FPGA?

Thank you for the source!

But there is a problem. Where can I find the ctl file??

File does not exist in source\submodule.

Am I the only one who doesn't have a control file?? 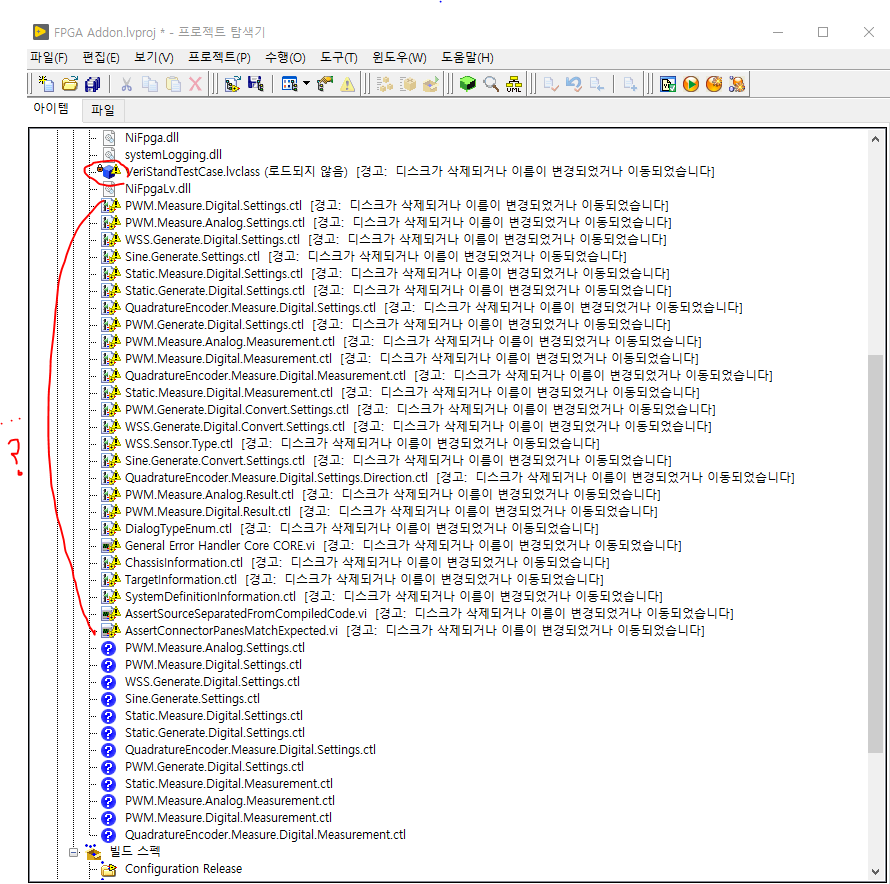