by: John_P1 Last Edited by:

This section reflects the products and operating system used to create the example.

To download NI software, including the products shown below, visit ni.com/downloads.

Windows performance counters allow tracking of various system and application performance statistics. Common tracked values are the percent processor time being used; both total and for individual processes, cache flushes, number of threads, and so on. This type of tool is particularly useful when optimizing complex code or trying different program architectures. Analysis of multicore (dual—core and quad—core for example) systems running parallel programs is simplified with this type of performance tracking capability.

The function of the performance monitor requires the selection of a category from the category list first. Next the select a counter from the counter list (this will be the monitored value: %Processor Time, flushes/sec, and so on). Then the select an instance from the instance list if any items are available in the list. If no instances are available, this step can be skipped. To begin graphing the selected counter, click the Add Counter button, the counter’s description will be added to the plot legend in the lower left corner and graphing will begin. Up to 10 counters can be monitored at once. All counters are sampled at the same rate; this rate is controlled with the Sample Rate numeric control and is initialized to 1000ms. To remove a counter, select the counter you wish to remove using the category, counter and instance lists and click the remove counter button.

A commonly viewed performance statistic is the percent of the total processor time being used. This is a step by step example of viewing that value using the Performance Monitor VI. This example assumes the VI has already been downloaded and opened. 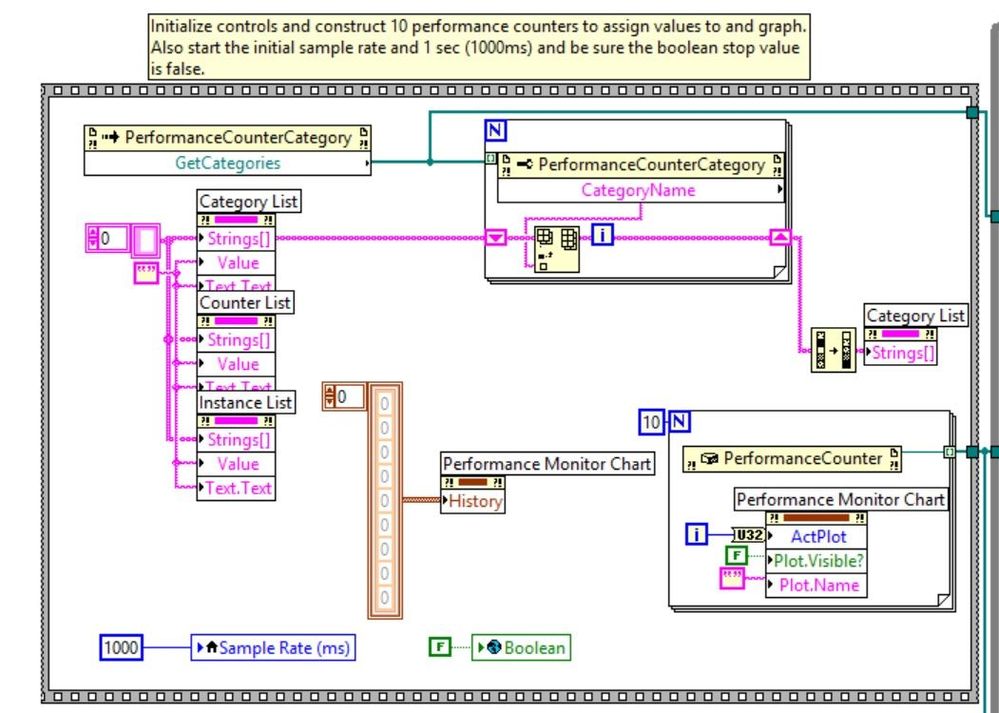 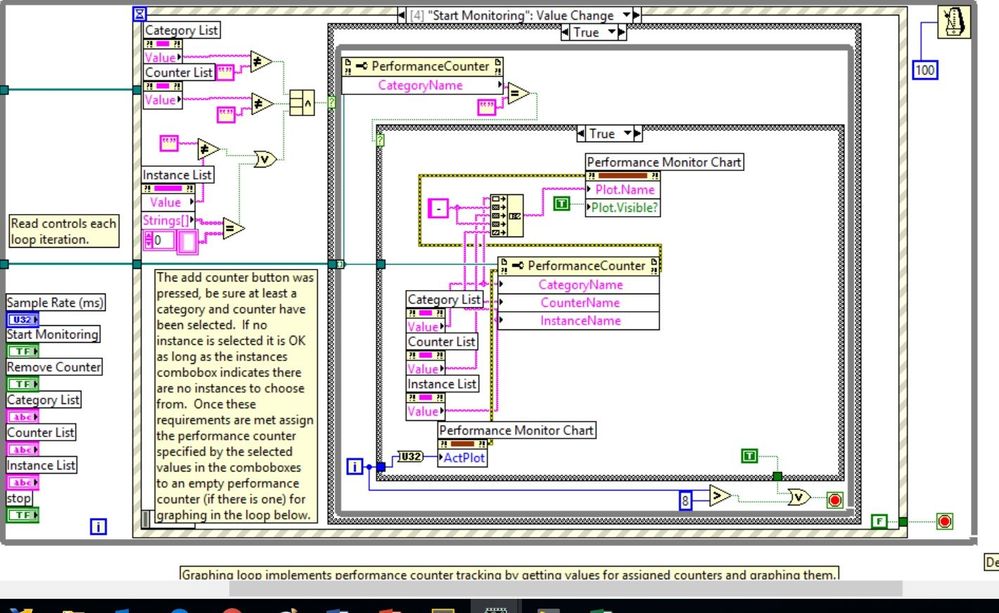 **This document has been updated to meet the current required format for the NI Code Exchange. **

Thank you for a very useful example!!