SWalpole
Participating in the 2019 World's Fastest LabVIEW Programmer was a great experience for me and I want to post more information for those wanting to read about it.

First off, the summary:

Now for the details:

The World's Fastest LabVIEW Programmer competition has been at NI Week for a while now.  I don't know the full history, but the Trophy has the following entries:

Darren Nattinger competed an won for a number of years, with Robert Mortensen taking runner up for the majority of those years.  Darren was never actually defeated, but in 2015 decided to stop competing in the event.
The competition consists of 2 parts:

This is a competition to see how fast a pre-planned solution can be put in the diagram.  It is a lot of fun, and at NI Week 2019 Derrick and I (and others) collaborated to come up with the fastest time.  In fact, I was third on the time board until Derrick showed me how Auto-Wiring could be used in one of the problems to shave off a bit of time.

The Fastest LabVIEW Programmer challenge has been a fun event for me.  I look forward to participating again in 2021.

Here's a picture of the Trophy: 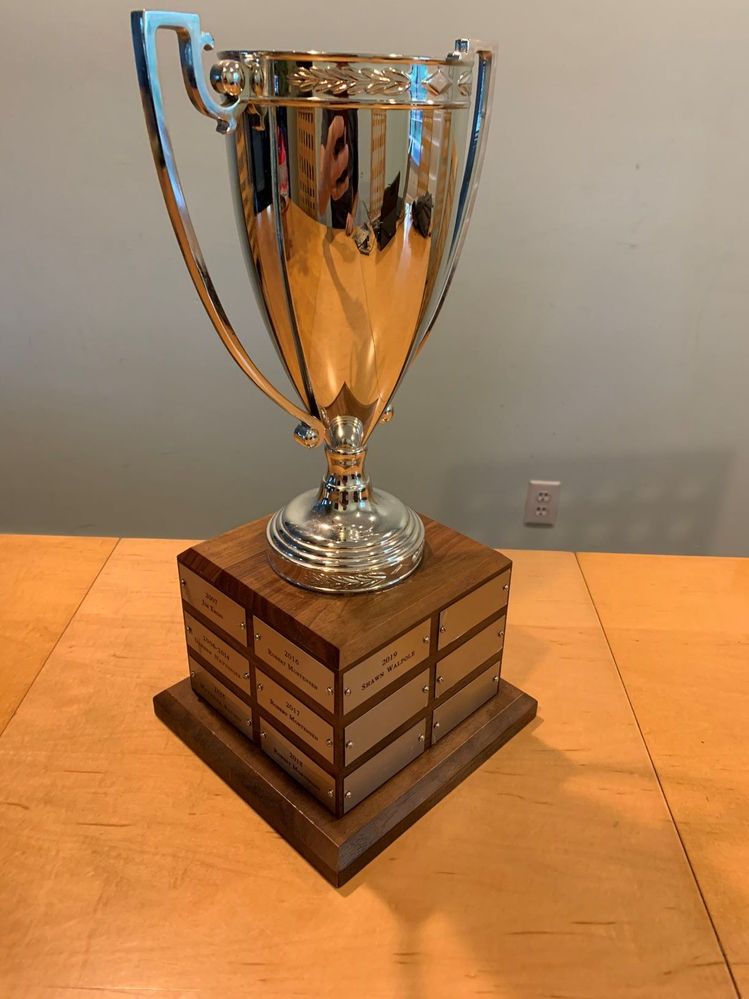 My wife is really tired of this as the table centerpiece and my kids wish I'd stop bringing with me everywhere, but I've got to enjoy it while I've got it.