Perform the migration of a very wide set of SCADA and Industrial Control applications implemented in LabVIEW 5.11 to the most modern possible versions of LabVIEW, without making changes to the measurement and control hardware (Field Point). This enable the new LabVIEW programs to be run on modern industrial PC computers and in the most current versions of the Windows Operating System.

These tasks must be carried out during the normal operation of the industrial processes at the scheduled maintenance stops.

The project is related to the migration of the Monitoring and Control Software of a relatively complex automated factory. This program had more than 15 years old and were developed with LabVIEW 5.11 version.

The Data Acquisition and Control Systems used in the installation FieldPoint Controllers models 1600 and 1601 that are systems connected to the Ethernet network and controlled from a remote software running on PC-type computers.

The SCADA and Control software were developed in LabVIEW 5.11 and runs on very old PC computers with the Windows 2000 Operating System. This software directly controls the installation with different sequencers and PID control loops.

At the time of the start of the project were counted 22 different subsystems and a total of about 58 FieldPoint controllers.

We assessed the possibility of FieldPoint hardware migration to a more modern one such as the cRIO or cDAQ platform maintaining the SCADA and Control software.

This process is relatively much more complex because it requires changes in the wiring of different instrument cabinets, so it results in a higher cost.

On the other hand, the factory has spare parts of FieldPoint modules in enough quantity and these modules can still be obtained in the secondary market. Also, The FieldPoint technology is very robust and does not require frequent spare replacement parts, although the installation is so old.

With the previous conditions in mind, it was concluded that it is more feasible to migrate only the Software, maintaining the FieldPoint hardware control and measurement systems.

The work to be done will be the migration of old LabVIEW programs to the latest LabVIEW version compatible with the FieldPoint 1600 and 1601 hardware. This version is the LabVIEW 2011 SP1 that is certified by NI to run on Windows 7 SP1.

However, at present time the Windows 7 Operating System is also obsolete and for this reason we should test the programs on Windows 10 x64 IoT.

The subsystem software was classified according to its complexity and the requirements of the plant that control: 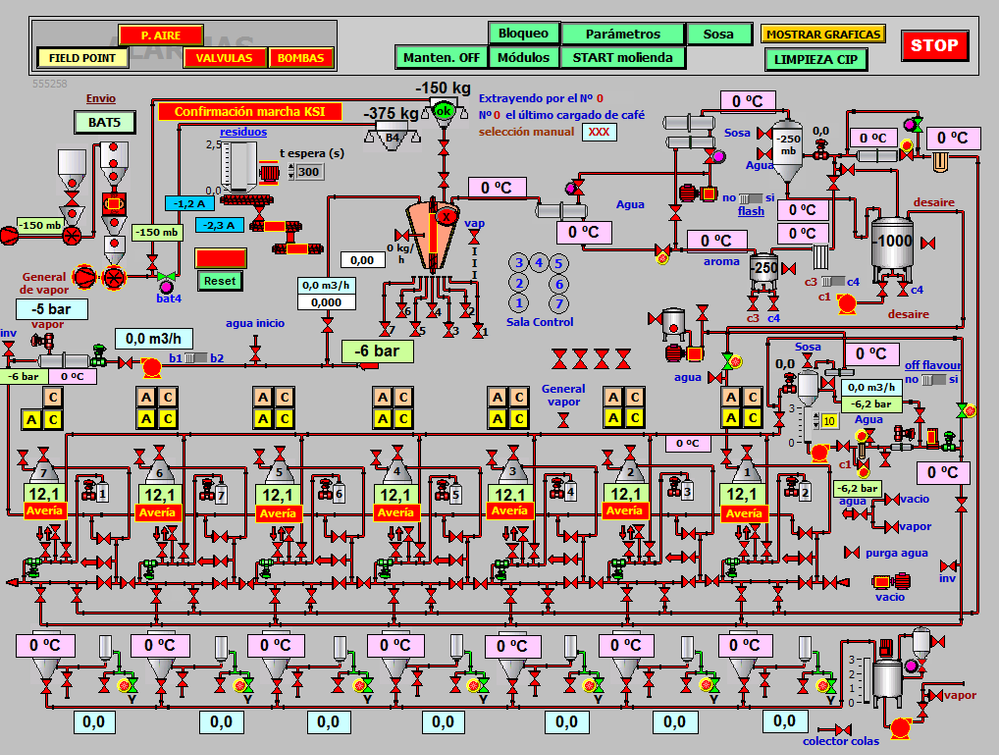 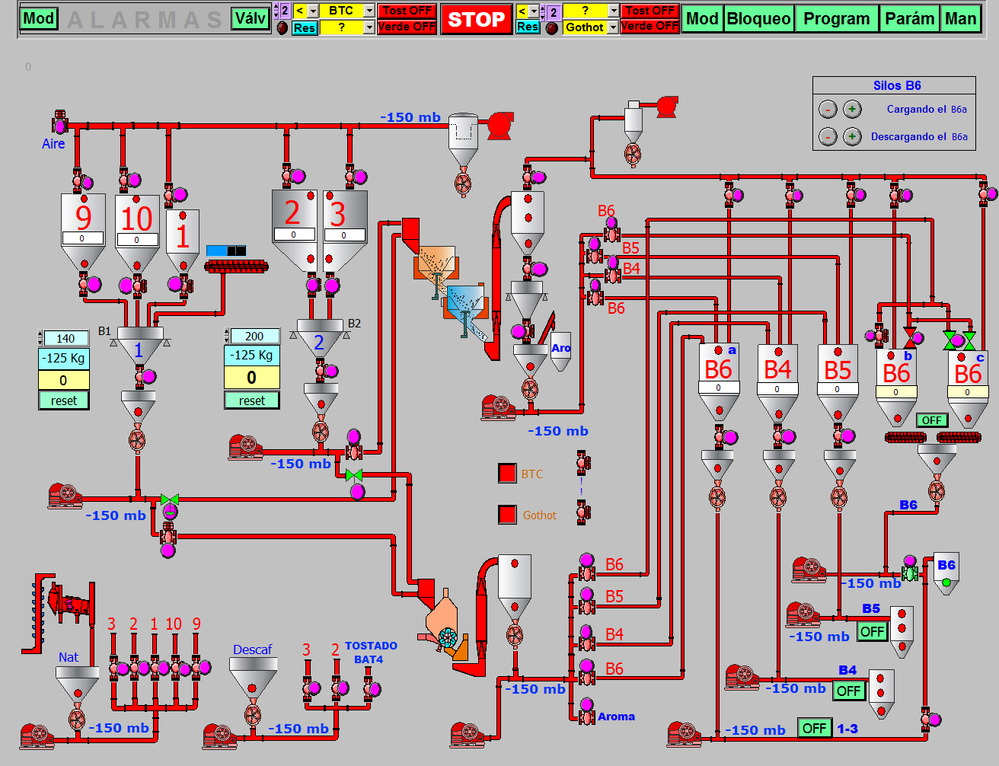 Operators do not require training since they did not change either the HMI interface designs or the operation sequences.

To perform the migration jobs, we created a migration platform for converting software from LabVIEW 5.11 to LabVIEW 2011 SP1. The conversion cannot be done directly so you had to have a Virtualized set of computers (with VMWare Workstation) which includes the following versions:

All virtual machines access the software to convert in a shared repository.

For the laboratory tests there are two controllers FieldPoint 1600 and 1601 with different modules each. The firmware of the FieldPoint hardware was updated to the latest version (V 6.11) which is compatible with older programs too.

The migration procedure consists of to open in the corresponding version the project and ensure that it has no compilation errors and copy it to the repository folder for the next version conversion step. In the LabVIEW version 8.6, the programs were included in LabVIEW project structure that is maintained up to the final versions.

In each version the 22 subsystems were tested from the development environment and from the executables created to ensure that no errors are obtained.

In the final version on the virtual machine of Windows 7 SP1 and LabVIEW 2011 SP1 a detailed work is done with each one of the programs to solve the problems found in the previous versions that are not of a serious nature.

These problems found are summarized below:

The principal problem was the out of order of the concurrent execution of the different modules.

In the LabVIEW 5.11 version, the parallelism was relatively weak with the Operating System Windows 2000. The fact was that the OS were multitasking and even multithreaded, but the underlying CPU of the Pentium type only had one CPU. The LabVIEW compilers in those times solve the correct execution order.

With modern CPU-type Corei7 with multiple cores and threads these underlying problems become more relevant and programs no longer behave the way expected.

To solve these problems the different program blocks and SubVIs were inspected and fixed to force a predictable execution. This design pattern is now part of the good practices of LabVIEW programming, but 15 years ago could be overlooked very easily.

For The final deployment were made a tests lab with 10 Industrial PCs from Lanner (LEC-2580 Corei7 With Windows 10 x64 IoT) and LabVIEW 2011 SP1 and the standard version driver set.

We kept the new programs running for a prolonged time without being detected any problems. After that we perform a progressively deployment phase in the factory.

For this purpose, two Simple-Type subsystems were replaced during scheduled shutdowns that are usually 24 hours or less and the installation was monitored to detect problems.

Once This phase was fulfilled, the complete factory migration was carried out during the scheduled stops, without the occurrence of major problems.

It has been a period of about 6 months now in normal operation with all the migrated subsystems and performing the maintenance and changes common to the software, but now from a new LabVIEW version which is much more productive than the old ones.

This installation demonstrates the possibility of carrying out the migration of old programs of SCADA and Control in factories with old National Instruments equipment, in this case Field Point, maintaining the data acquisition and control. This allows for a reduction in costs and downtimes.

In the current situation facilitates the progressive migration of the FieldPoint 1600 or 1601 hardware to cRIO using the Ethernet cRIO chassis.

In any case, it is necessary to make changes in the cabinets for wiring because the different connector form of the C Modules regarding the FieldPoint modules.

As for the software, changes could be simpler because fundamentally requires the substitution of calls to the FieldPoint SubVIs by the Network Variables SubVIs.