When writing software you often have to take data from a human and convert, parse, transmit or store it on a machine. It often transpires that humans are really incompatible with computers! They are flakey, vague, illiterate, moody, impatient, bored, rushed and/or inaccurate.

You need to bear this in mind when taking data from them.

This example is how most software I have seen looks. Quite a lot of what I've written too! 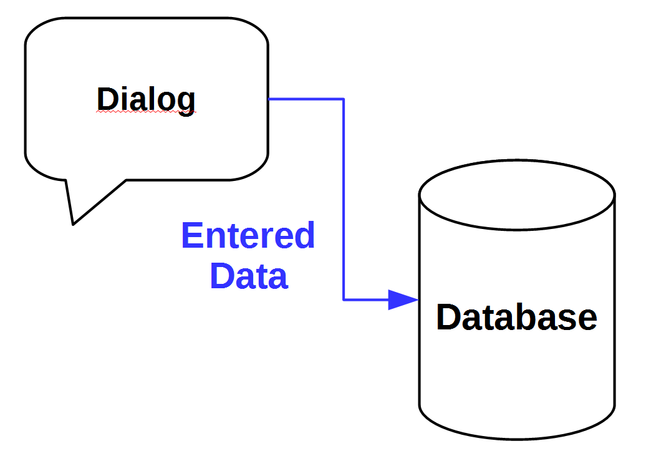 What's wrong with that I hear you ask?

Well try entering O'Reilly into an SQL Statement or a SELECT user query with ' OR 1=1 as its recipient.

Or you could offer Users the freedom to set their own channel names and they include control characters, an action that will destroy TDMS files (a bug that took me a LONG time to find and fix!)

Here's some example of possible recipients of dangerous data.

Here's what we need to consider when dealing with human enter data. 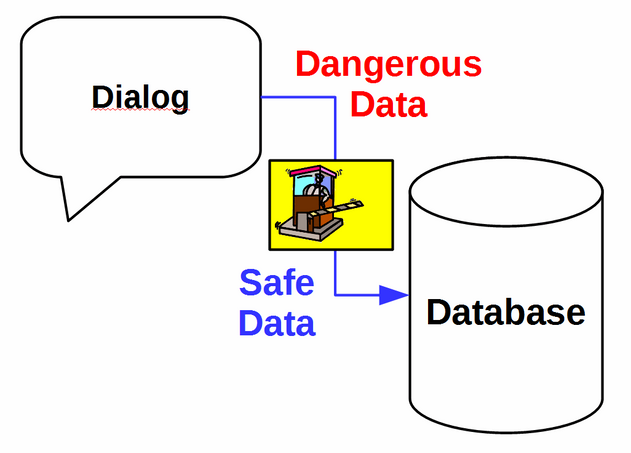 I've tried various methods for policing and making data safe. You can police at the dialog/data entry stage.

The vi is called  "Is Name Multiplatform.vi" and can be found in ..\vi.lib\Utility\libraryn.llb. Check out Darren Nattingers Weekly Nugget.

Another way that we often use is to make it safe before it is used, as below. 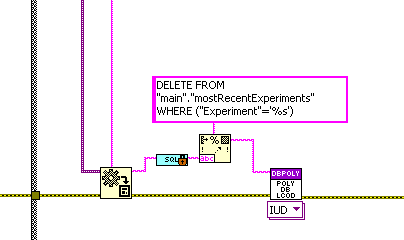 Obviously it will need making unsafe by return, this is just the reverse of the above.

This is especially useful when users like apostrophes and single speech marks, SQL hates them!

The moral of this story therefore is if you have human entry whack in a post-condition check after entry or a pre-condition check prior to entry. It will save you some headaches!

Spot on as always.

We just had a discussion today on which configuration storage mechanisms (.cvs, .json, database, ...) offer which pros and cons. One aspect is how resilient each of the options is to the possibly user-supplied dangerous data...

We use SQLite now and have for a few years over lots of projects, never had a single issue and you can easily add Calibration, User Details, Experiments, Display settings if required. Highly recommend it (and James Powells SQLite toolkit too)

Same here, both SQLite in general and James' tool in particular are very welcome tools to work with in la casa del hampel.

Back in high school (learning GW Basic at the time), I was lucky enough to have a teacher who pounded this concept into our brains.  "You expect a number.  What if the user puts in 'A'?"  Modern tools do take care of a lot of this mess for us, but we do need to watch out for our corner cases.

There are only two ways to tell somebody thanks: Kudos and Marked Solutions
Unofficial Forum Rules and Guidelines
"Not that we are sufficient in ourselves to claim anything as coming from us, but our sufficiency is from God" - 2 Corinthians 3:5
2 Kudos

Well, I know this being the LabVIEW board, but...

The preprocessing routine standardizes your metadata, units, and statistical calculations so that consistent analysis can be applied regardless of data source and format.

Set up your own preprocessing routine

...a part of DataFinder Server.

When writing software you often have to take data from a human and convert, parse, transmit or store it on a machine. It often transpires that humans are really incompatible with computers! They are flakey, vague, illiterate, moody, impatient, bored, rushed and/or inaccurate.

Now is the right time to use %^<%Y-%m-%dT%H:%M:%S%3uZ>T
If you don't hate time zones, you're not a real programmer.
"You are what you don't automate"
Inplaceness is synonymous with insidiousness
3 Kudos

That is just perfect Phillip!

Reminds me of an old tester joke:

A test engineer walks into a bar and orders a beer.

Then he orders 0 beers.

Then he orders a lizard.

Then he orders -1 beers.

Then he orders NULL beers.

I have a short article floating around my head titled "Hit any button to continue" that follows a similar path. From the olden days when computers had pause buttons. 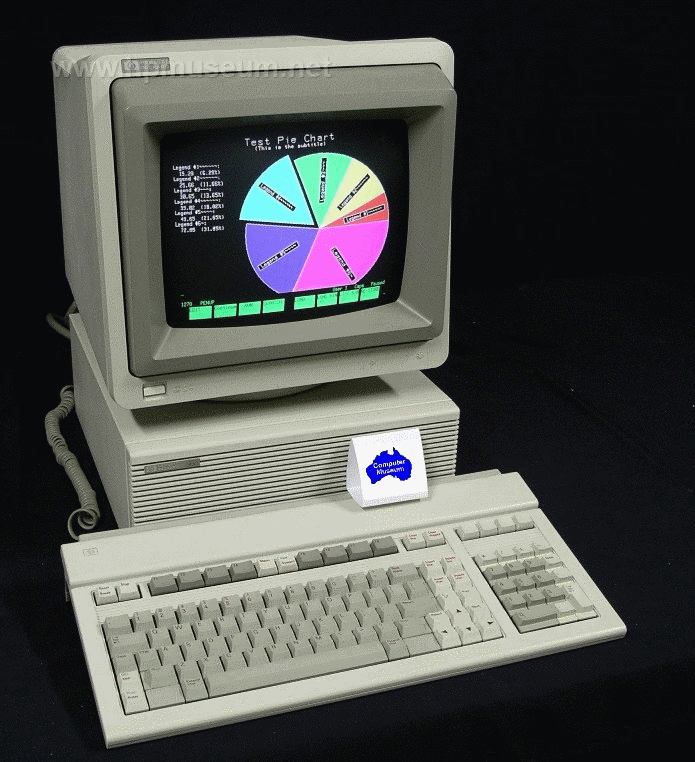 There are only two ways to tell somebody thanks: Kudos and Marked Solutions
Unofficial Forum Rules and Guidelines
"Not that we are sufficient in ourselves to claim anything as coming from us, but our sufficiency is from God" - 2 Corinthians 3:5
1 Kudo

The other issue was calling it a "button" rather than a "key", after several iterations the UI said

And I told the smart-ass to sod off.

Someone may have already mentioned this, but this is an issue with constructing a string containing both text and control characters that are later parsed.   You can often avoid much of the problem if there is something in the API you are using that identifies a string as just being text.  So in SQLite, one can “Bind” a string as text, and you can include any characters without issue.  Or in a JSON API one can pass it a string and it will properly quote and escape it for you.

Exactly right and a good reason to use your SQLite toolkit (and presumably your new JSON one too). One thing about pulling it out separately and making it safe (that I like), is that I like to see the SQL statements in my code (as documentation as much as anything else).

I've used the method of replacing 'special' characters in a text input as in your last example and this worked very well when used inside a single application that always used the same 'make safe' and read back functions. As you say people like using the single quote or apostrophe and SQL doesn't understand it's not the end of a string. The main problem I have come across when doing this is trying to provide a nice formatted dump of the data to an excel sheet required some funny replace commands in the SQL query. Messy but it worked.

When using SQL I think there is a way to use parameterized queries and pass the string straight through without having to worry about escaping the single quotes but this sometime tricky depending on the SQL library used.

Validating user input is always fun but it's not just to prevent SQL injections, what if a sub VI is passed data that is not what is expected. Guess that would be another post.

My make safe VI also has a make unsafe command to convert back again for display purposes (and for comparisons, it's good to compare against the real data and not "safe" data).

Our original LCOD specification had Pre-condition checks on Inputs and Post-condition checks on exit. I've proposed before that you could set these up as part of the VI inputs and Outputs. Not entirely sure it's a good idea, and we jettisoned it from the LCOD definition because we never did it.

I would strongly recommend people always use parametrized SQL where at all possible.  With a decent library it should be no more work than the equivalent formatting.  Visually, you would just be replacing your various '%s' formatting codes in your SQL with ?n parameter identifiers.

I concur, I just need to practice what I preach now!

If you would rather skip the whole SQL command construction process, use LabVIEW's strong data typing.

I shared this LabVIEW scripting vi some time ago to create a cluster from a database table (using the DB Toolkit). Save the cluster as a typedef and then let LabVIEW do the work.  I know that database structures change, but if they were designed and normalized properly in the beginning, it should be mostly added tables, not restructured.

Now is the right time to use %^<%Y-%m-%dT%H:%M:%S%3uZ>T
If you don't hate time zones, you're not a real programmer.
"You are what you don't automate"
Inplaceness is synonymous with insidiousness
1 Kudo