Do you have a feature idea for how to improve NI TestStand? Submit and vote on ideas now!

I'm declining this idea due to lack of community support.

Execution of a single step is a process executing a lot of steps depending on looping and synchronization. Needing the option to call a PreExecuting and PostExecuting step before taking Looping, PreConditions and Synchronization options in consideration and after all other steps are executed. This is intended to custom step types for use with external customers. 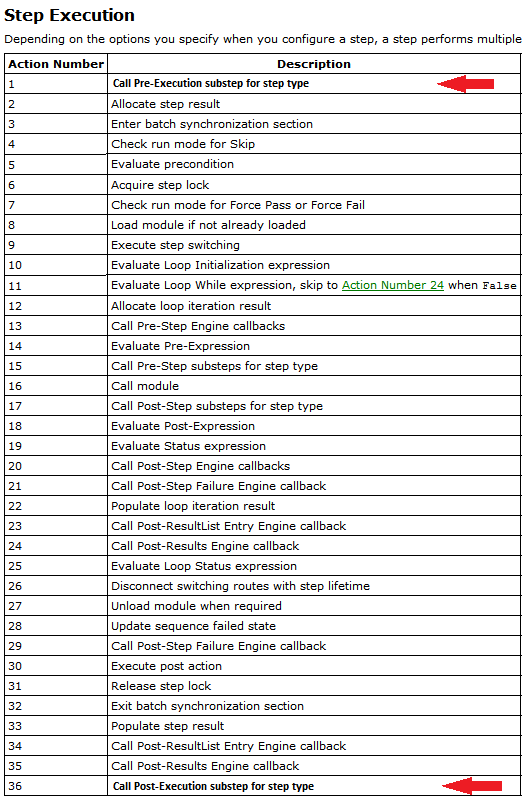 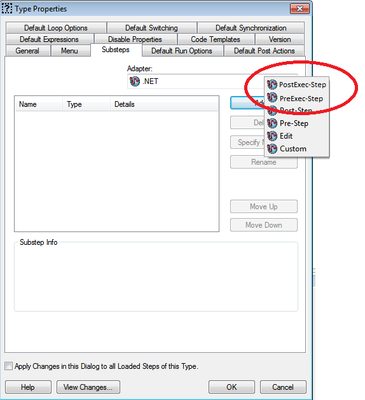 Please explain your particular use case if possible and why the existing mechanisms are not sufficient.

Sorry for my late reply. 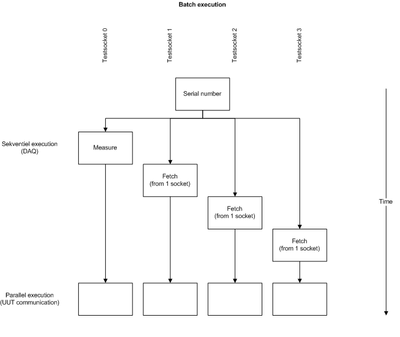 Instead measuring all data in a single task is the procedure.

Next question: How do I know which test socket is the first one? Answer: Use "Batch Synchronization - Serial (one thread at a time)". Answer is not adequate as I don't know which one is the first test socket running the specific step. Below is a couple of things to take in consideration:

4. "PostResultListEntry" callback is called multiple times if looping (action 23 and 34) in same step

6. The step might be in a subsequence called a lot of times why "unique step ID" is not unique.

7. In the test step I can get all Thread Ids in Batch Threads but this information is given at a time before precondition is evaluated.

Bottom line - it is difficult to figure out for sure which socket needs to measure.

The solution is using 2 steps:

1. Measuring step with no evaluation (first test socket only including preconditions and ....).

1. Figuring out which socket is the first socket

2. Measuring and evaluation of measuring.

With the proposal of pre/post execution step it would be easy to configure a trigger telling which socket should measure and evaluate, and which sockets who should fetch and evaluate.

I'm not completely clear on why batch synchronization doesn't solve this problem for you, nor on how pre/post execution substeps would. Perhaps more details would help.

One thing you might not be aware of is that you can cancel calling the main code module of a step from a presubstep, thus you might already be able to get a behavior similar to what you are asking for. See the API help for Step.CancelCurrentModuleExecution and Step.CancelCurrentExecution for more details.

The Pre/Post-Execution substep will give the opportunity to set/initialize a boolean flag to tell the function if current entry into step execution is new (make DAQ) or remaining testsockets running needing to fetch data.

I'm declining this idea due to lack of community support.