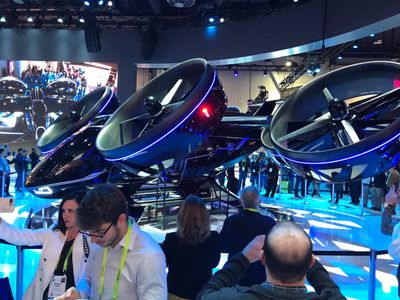 Of course, I’m a guy who got this driving-test question wrong: 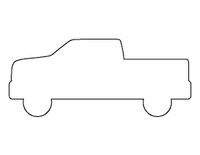 Change is everywhere in the automotive industry, and nowhere is that more evident than at CES. Read on to find out what I discovered while trying to keep up with change, including how it’s driving tomorrow’s automobile testing to ensure safety, security, and reliability.

Perhaps Full Autonomy Is Not the Ultimate Goal

One of the biggest changes between CES 2018 and CES 2019 was company positions on autonomy. There’s a small-but-prevalent belief that active safety features can decrease accidents and injuries enough to not warrant additional investment in full autonomy. In fact, a National Highway Traffic Safety Administration report cited impressive traffic improvements linked to vehicles equipped with active safety systems:

As these L1/L2 ADAS become more commonplace, we could see this trend continue. Toyota showcased progress toward their Chauffer and Guardian modes—Chauffer, a fully autonomous mode in which the driver can sit back and relax, and Guardian, designed to amplify human control. Their demonstration used an interesting fighter-jet analogy wherein a low-level control system translated the pilot’s stick movements to instruct the plane.

Imagine a World with Full Autonomy

Based on the concepts at CES, it took little imagination to envision a world with autonomous vehicles. Forget the debate about autonomy’s necessity; instead, consider the possibilities.

Faurecia’s engaging example showed a smart cockpit with many system improvements, including climate control and information displays. Particularly interesting was the high-definition infotainment screen that popped out of the instrument panel when the vehicle entered self-driving mode.

Real-Time Emotion Adaptive Driving systemKia demonstrated their Real-Time Emotion Adaptive Driving system, in which artificial-intelligence-based biometric sensors analyzed the driver’s emotional state to optimize and personalize the cabin. I took a test sit (that’s what it’s called when the car doesn’t move, right?) in one of their concept cars, which showcased an infotainment system designed for the commuter. It featured a videoconferencing setup, calendar and contact connectivity, and V-Touch navigation, which interprets a subtle gesture in front of you as your intended “touch”. It felt like touching a button in virtual reality.

At Hyundai’s display, I was (un)fortunate enough to demonstrate the rowing functionality, where I pulled a rowing-machine handle out of the dash and tried to row simultaneously with my fellow riders. As with any car-based synchronized rowing session, we virtually joined other commuters in their car doing the same. The race was on!

I had a fascinating conversation with the folks at Ridecell, a start-up partnering with DENSO to explore fleet management—a topic picking up steam as fleets of cars deploy for testing. Our autonomous-vehicle fleet-maintenance debate centered primarily on the Starbucks model (a maintenance depot “pod” at many convenient locations) versus the Food Truck model (fewer locations, more mobility).

Electric scooter companies are now tackling transportation fleet management challenges (it’s hard to drive in Austin without seeing someone zooming around on a Bird or a Lime). Of course, diagnosing and fixing an autonomous electric vehicle is far more challenging than doing so for an electric scooter, but the tracking, managing, and asset-failure-identification infrastructure can be similar. Companies are likely to try different approaches in real time, until they collect enough failure-rate and cost data.

As a test vendor, our measurement technology must meet today’s needs and flexibly adapt as they evolve—across the entire product-design cycle, throughout testing phases, and into postproduction asset management. If I believe that it’s getting harder to keep up with automotive-industry changes, I can only imagine being one of the many engineers charged with ensuring vehicle safety and reliability! Flexibility, adaptability, and customizability are paramount. If only there were a flexible platform of interoperable I/O components and highly-productive software, backed by a network of partners with expertise across a variety of industries, to help.