IT recently replaced my work computer and handed me a new one. I've brought a project over from that machine and I'm running into some interesting problems.

When opening the main VI in the project I get the following: 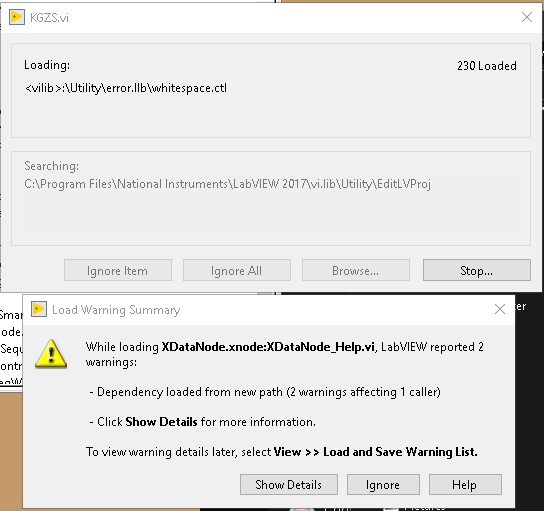 Then I get a warning from LabView saying some dependencies are being loaded from new paths. What I don't understand, however - is that he original path is the path to the executable defined in the build instructions [C:\Something\whatever.exe\garbage\library.lib\...whatever.vi]: 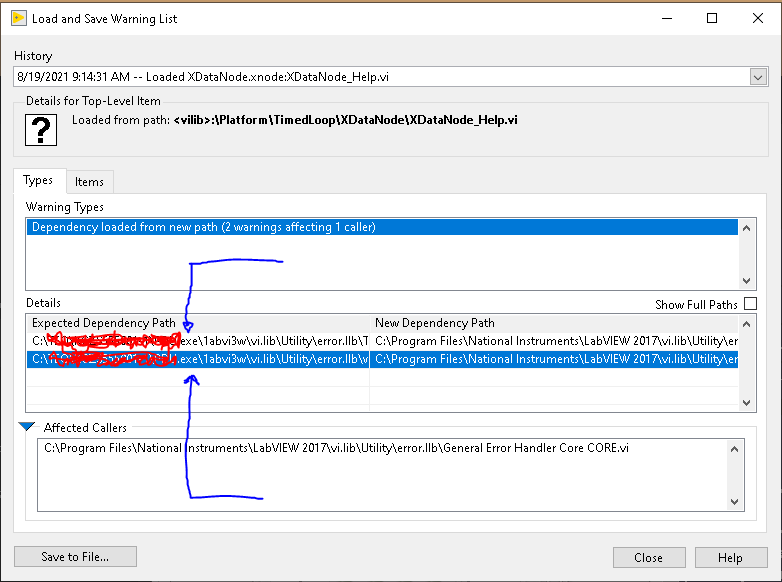 When I drill down to the VI that is broken by the dependency swap and try to run it I get the following error: 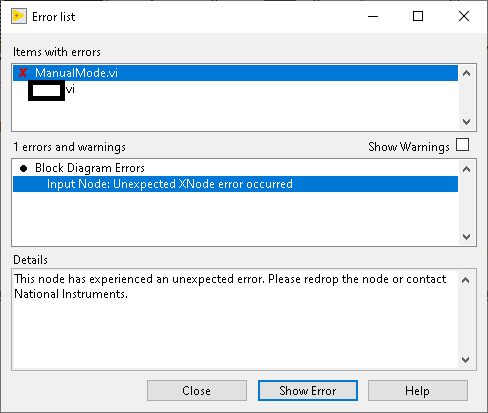 When I click "Show Error" LabView points me to the following node within the timed loop:

If I close the problem-project and create a new project. The moment I create a new VI i get something similar:

(Note that the expected dependency paths are referencing the project that is now closed, and the items are all referencing error.lib elements) 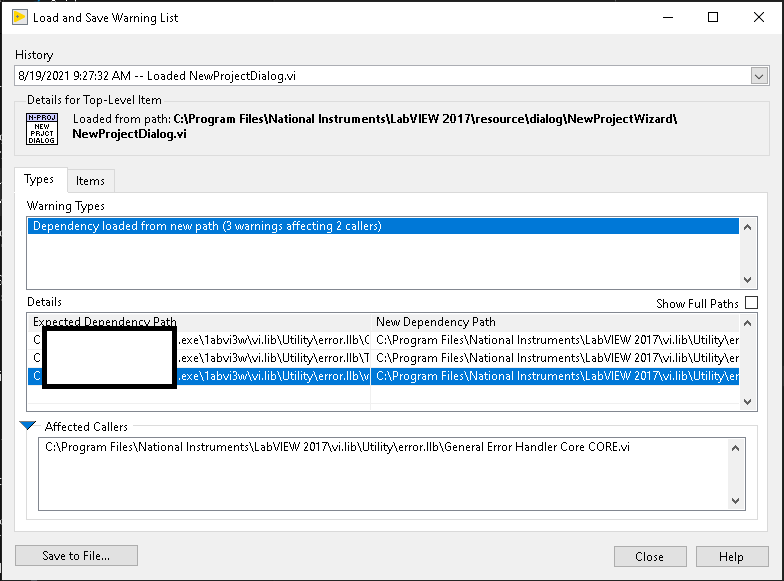 I should mention that this exact project still opens, runs, and builds fine on my old computer that I still have access to for a few more days.

I have already tried repairing both my 32 and 64 bit LabView installs using the NI entry in Windows Control Panel and have had no luck. I used install media downloaded from NI's website to perform the repair.

I'm at a loss. I imagine some part of my NI development environment is broken and I'd like to avoid having to nuke everything and start over.

Thank you in advance for any help,

I have uninstalled everything related to LabView 2017 and re-installed LabView and had success for a few hours.

Then, it broke again. I'm experiencing the same issues described in my first post.

I have figured a few things out, however:

Previously, I didn't mention that I have been using LabView's remote debugging utility with this LabView project.

The strange ".exe\whatever" expected dependency paths mentioned in the first post are local to the machine that I am targeting with LabView's remote debugger. Additionally, the strange folder after the ".exe" in the expected paths spell out "LabView" ( "\1abvi3w\" ).

I believe I have found a way to break a working LabView development environment install with the remote debugging utility.

If anyone has any ideas on how to fix this, beyond a full uninstall/re-install cycle I would be grateful.