I have routed the NI4137 "source complete event" with "niDCPower Export Signal" with "PXI_Dev-NI/TRIG_SMB" as the output terminal at the 8135.  The documentation states that the default value of "Events:Source Complete:Pulse:Width" property is 250ns.  However, from my oscope measurement at the SMB connector I see 3.25us.  I tried to write different values to the pulse width property (max 1.6us), but it doesn't change the pulse width at the SMB output at all.

I was wondering if the pulse width at the 8135 SMB connector is controlled by something else?

Pardon the lack of VI or pictures.  The PXI system is an isolated system and I will try to see if I can grab something off of it later.

I think you're along the right track, I'm wondering if there is a limitation brought into play by using that output terminal. Do you have any other cards with PFI lines that you could try routing the trigger to, or something where you could view it in software without having to send it to an output terminal?

Also, what chassis are you using?

Unfortunately this is a bare bones system and only has a 8135 controller with a 4137.

No worries, I don't have a solution but spoke with a NI engineer regarding this.  Basically, they don't recommend using the controller front panel SMB connector for anything other than petting a watchdog timer.  There is possibility of drift or propagation error from the PXI backplane to the SMB connector that NI states they don't spec for, so they cannot guarantee a triggers timing when routing through the backplane.

For anyone interested, I captured some images of the SMB output on a scope to share.  My setup:  PXIe-1078 chassis with 8135 controller and 4137 SMU and I am routing the "source complete" event output to the 8135 front panel SMB as an rising edge, 200us period output trigger to a camera.  After playing around with the VI's some more, I was about to control event pulse width, maxing at at around 1.3us before the VIs throw me an error.  I was not able to max it out as the documentation states at 1.6us.  Also, what I stated earlier about a 3.25us pulse, it is still there.  This seems like a glitch of some sort and is present no matter how I tweak the pulse width of the event pulse. 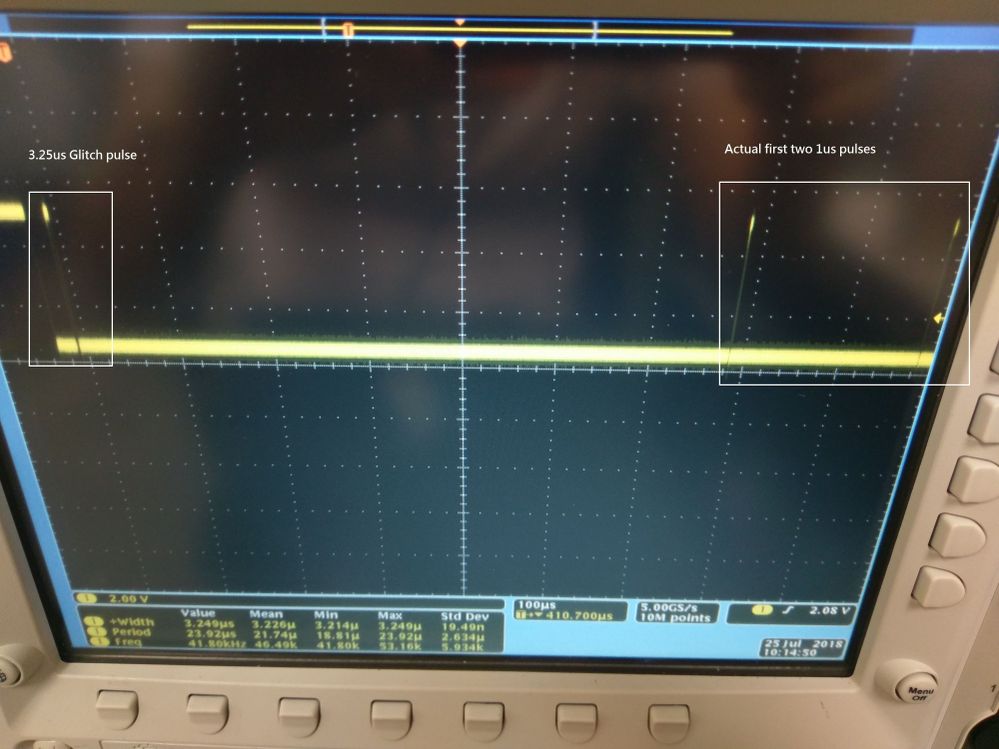 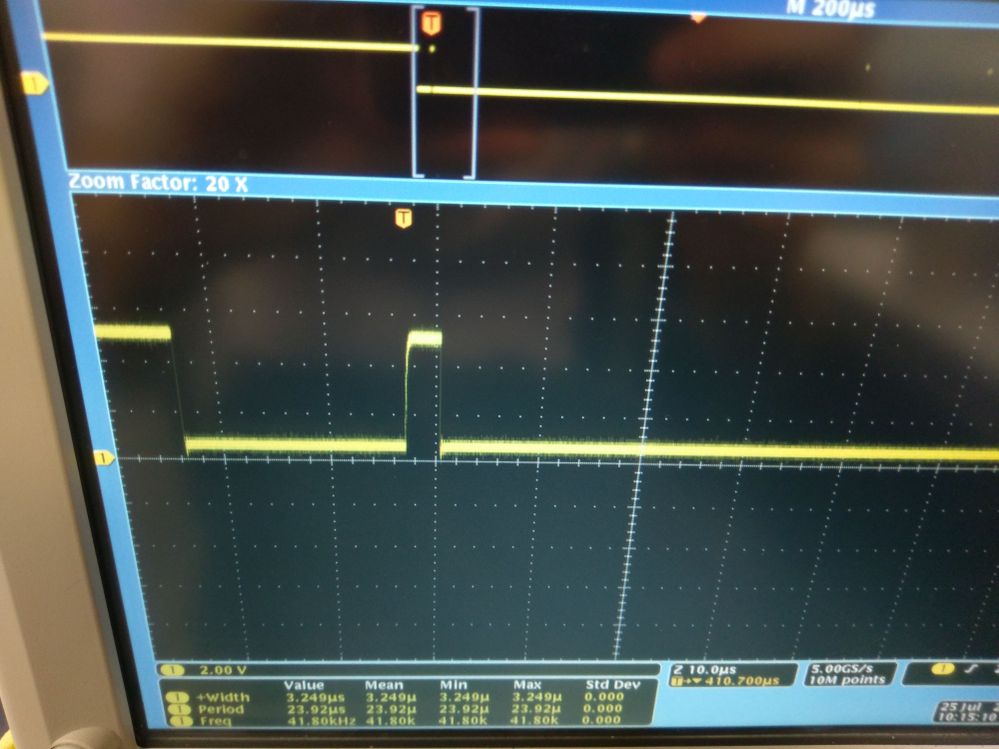 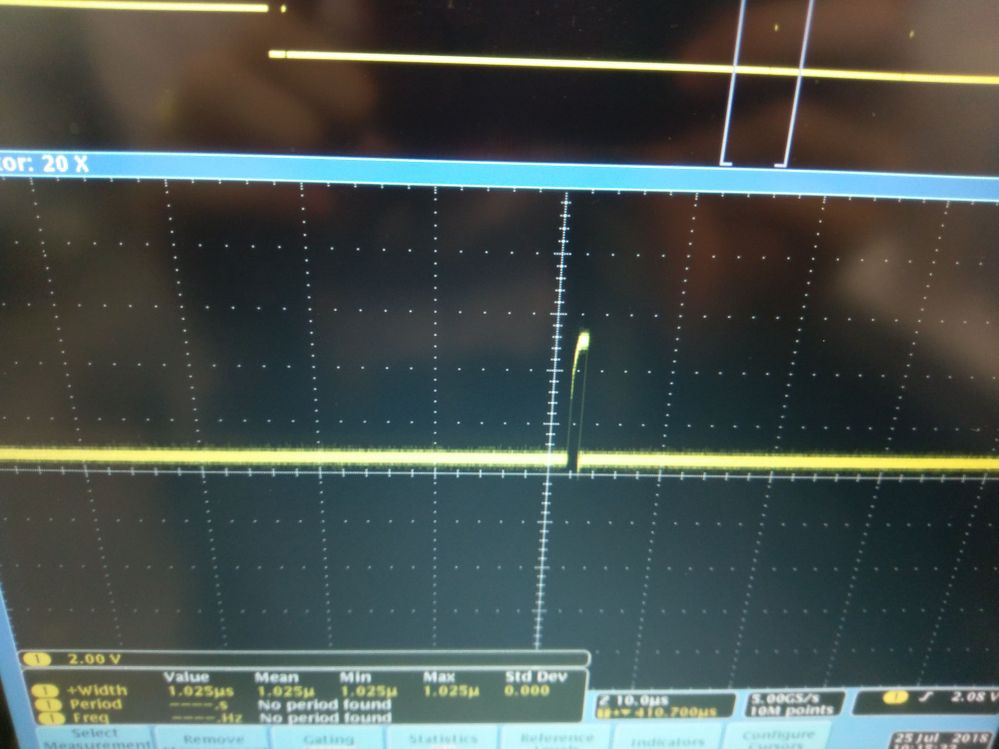 Apologies for the camera phone photos, front USB connector of the scope is busted and can't save the images directly.