Labels
Idea Statuses
Top Authors
View All
Turn on suggestions
Auto-suggest helps you quickly narrow down your search results by suggesting possible matches as you type.
Showing results for
Search instead for
Did you mean:
Options
14 Kudos

National Instruments will not be implementing this idea. See the idea discussion thread for more information. 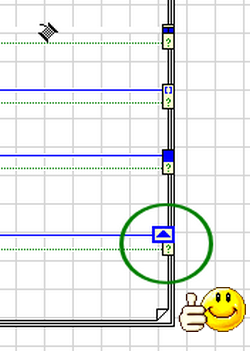 Why do you need this?

What do you want to go into the shift register if the conditions is False?

This action would break the flow of data immediately....

Not so clear for me what you mean, ouadji...

Is your idea the equivalent of the following standard code? 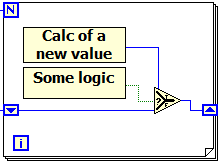 Jokelnice, why do you think the action would break the dataflow?

if "false", the shift-register is disable and behaves like a normal couple of tunels.

What results do you expect from these two sample code? 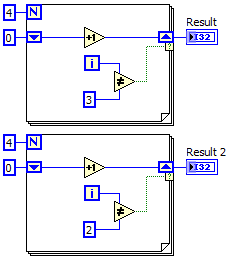 The function of "Shift Register" is passing data between one iteration and the other, if you implement a conditional for "Shift Register" would be to select whether the data is passed or not. And if you do not pass this data, what value will make the next iteration?. Perhaps it would be enabled by a value "default", as it works when using the tunnel with the action "Use default if unwired". 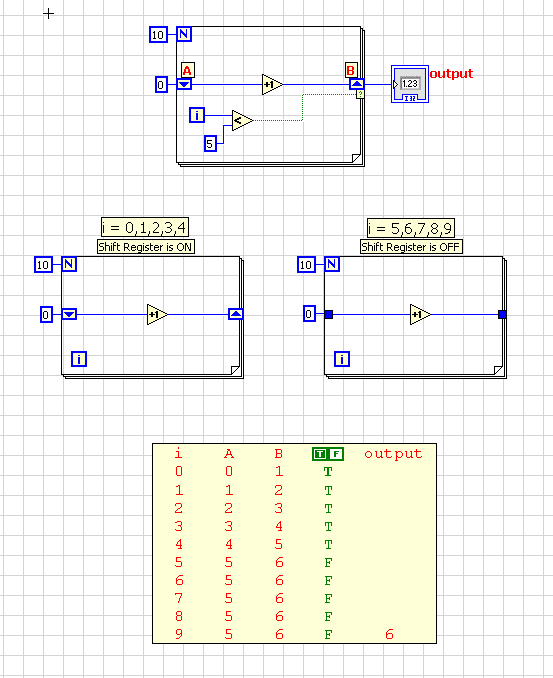 Your idea is good just that the "Shift Register" if you wire externally, operates as a simple tunnel and the tunnel has already improved when used with the condition, so I see no point to it at some time used as "Shift Register "and other times as a tunnel, and with respect to the attached image, this function can be done with the" conditional tunnel ". 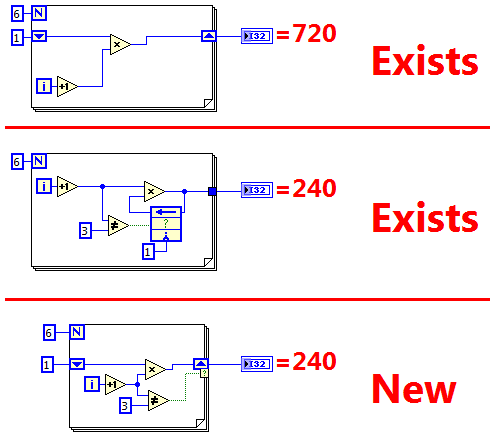 As you can see, this code calculates a simple factorial, but the bottom two options ignore the 3, so the result is a third of what it would normally be. Since feedback nodes are supposed to be basically the same as shift registers and they already have an enable terminal, it would make sense that SRs would have it to and that when it is false, the SR would keep the value it already has in it, but for some reason I still have my doubts.