Labels
Idea Statuses
Top Authors
View All
Turn on suggestions
Auto-suggest helps you quickly narrow down your search results by suggesting possible matches as you type.
Showing results for
Search instead for
Did you mean:
Options
8 Kudos

Installers should show the public version of dependencies instead of internal versions.

This is a specific example, but I presume this behavior is more widespread:  An Add-On that has a dependency on LabVIEW NXG doesn’t list the (public) version of LabVIEW NXG upon which it depends.

The OpenG Library v1.0.0.0 depends on LabVIEW NXG v1.0.  But the installer indicates the version of LabVIEW NXG to be installed is v 4.9.3.49152-0+f0.  To someone not familiar with the internal version numbering for LabVIEW NXG, it’s not obvious that this refers to LabVIEW NXG 1.0. This may lead someone to install an undesired version of NXG. 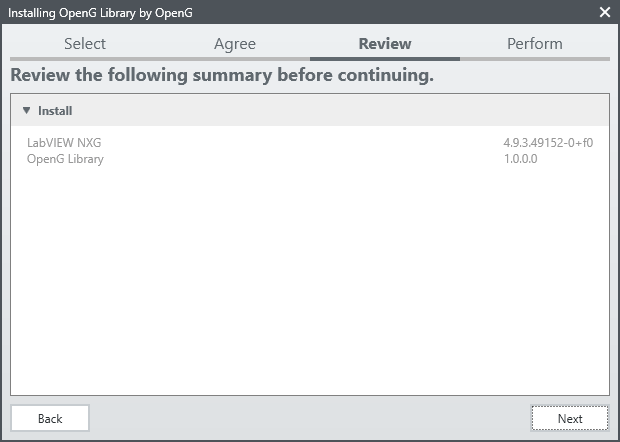 (I had NXG 2.0 already installed, and I assumed, incorrectly, that the version of NXG that the OpenG dependency referred to would also be NXG 2.0.)

By changing some NIPM settings (e.g., enable the "Show full version numbers and infrastructure packages" option), one can logically (but not definitively) deduce the public version that the internal version is referring to: 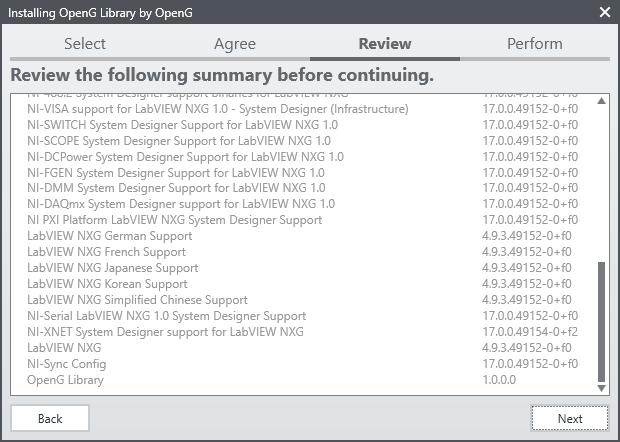 This is something that we are currently looking into for future versions of NI Package Manager. Thank you for providing this feedback!

Hi, I just wanted to follow up and mention that this has been changed. We now show the public version:

Thanks again for providing this feedback.