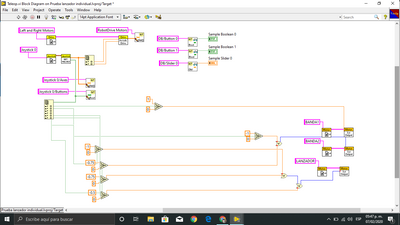 It looks like you're trying to figure something out and what you have isn't working.  If that's a mistake, please help me understand what you're asking.

For what you're trying to do, you can add a single button.  Read it and if it's pressed (true), wire out a constant of 0.5.  If it's false, wire out a 1.  Multiply the normal value by this and you'll get 50% when the button is pressed and 100% otherwise.