Hello,  Our students were attempting to image our RoboRio and at this point we are stuck . The unit shows unknown firmware version and we are unable to get it to take any by any method we have tried.  I have not had any luck getting in touch with NI support.  I saw that there may be a bootable USB option that NI can provide to get it reset.  Does anyone have any info on that process? 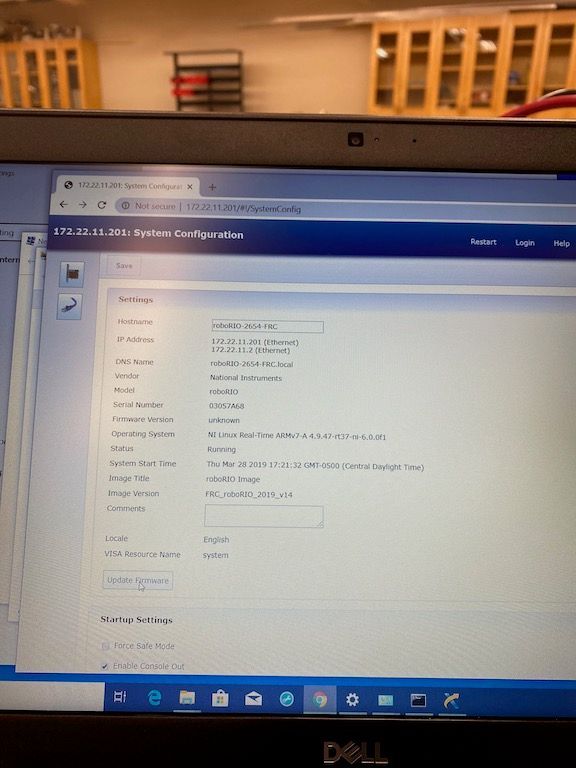 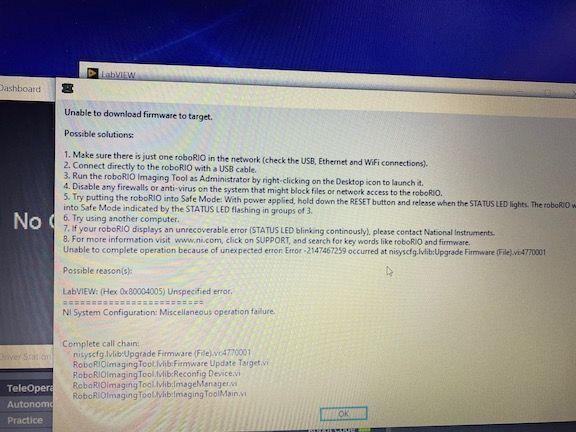 Your best bet would be calling the FRC Support line during the normal business hours.  It might be a struggle this week with so many out of office.  I'd expect next week after 1 central time to be much easier.

Is your team a LabVIEW team?  If so, you'll have a program called MAX installed.  Do you see the same behavior there?  If not, you won't have this tool unfortunately.

The USB drive you're talking about is intended to replace a broken safe mode.  It's not the most user-friendly tool and the support staff will want to try some other steps before going that route.  You're not in the state where they'd typically use that as a troubleshooting effort.