by: Al.B Last Edited by:

The visibility of LabVIEW code modules in a TestStand sequence is largely dictated by the "Show VI Front Panel When Called" option in the Step Settings pane. Even then, with this selection enabled, the called VI displays in its own window. This example shows how VI code module front panels can be embedded into the TestStand user interface. 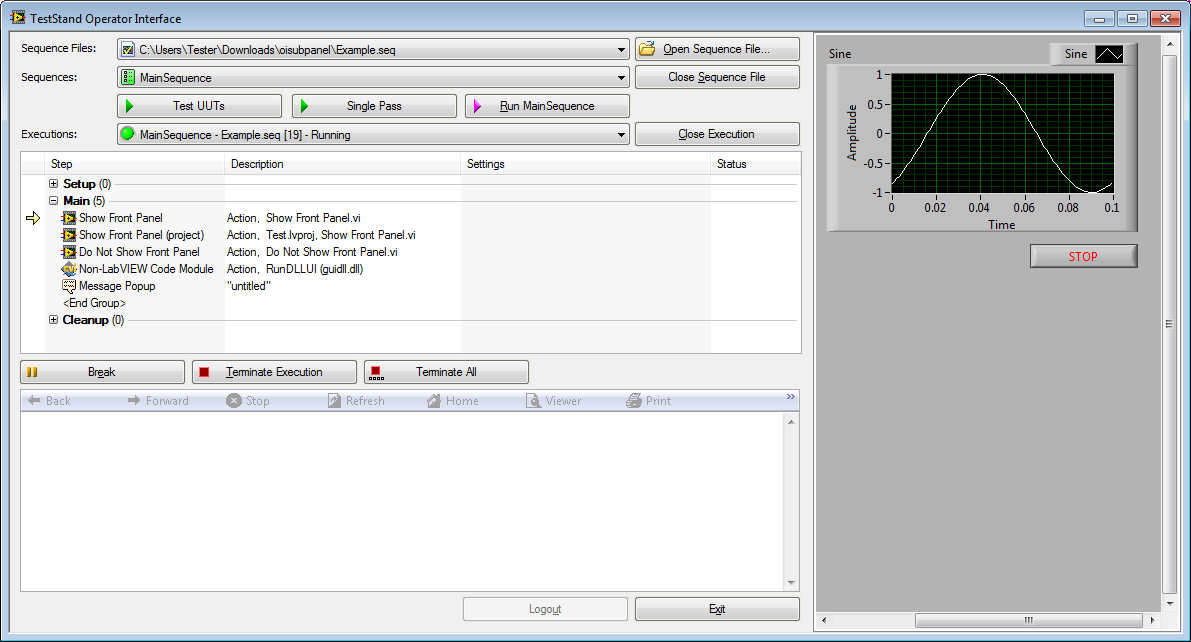 The example uses the trace UI Message to notify the User interface before each step executes.  When notified, an event callback VI determines whether the next code module is a LabVIEW VI and if it has "Show VI Front Panel When Called" enabled.  if these conditions are met, the User Interface populates the subpanel with a reference to the code module VI.

The callback also checks if the VI is loaded in the context of a LabVIEW project, and loads the soccesponding application reference, so thta the proper instance of the VI is displayed in the sub panel.

Since this example uses the trace UI message, the enable tracing setting must be enabled in the station options for this example to function correctly.  If performance is a concern, ensure that the tracing speed is set to the fastest to minimize the performance impact.

The following scenarios will still result in the execution of the LabVIEW code module in its own window:

LabVIEW 2020 (if using the ADE adapter configuration in TestStand).

LabVIEW 2016 (if using the ADE adapter configuration in TestStand).

Is there a way to get the source code for the guidll.dll so it can be recompiled for 64-bit applications?

Any chance of getting these issues fixed?  I'd like to see an example of making this work.

I was trying to run this example, but the same issues as above are occurring. Is there a corrected example anywhere?